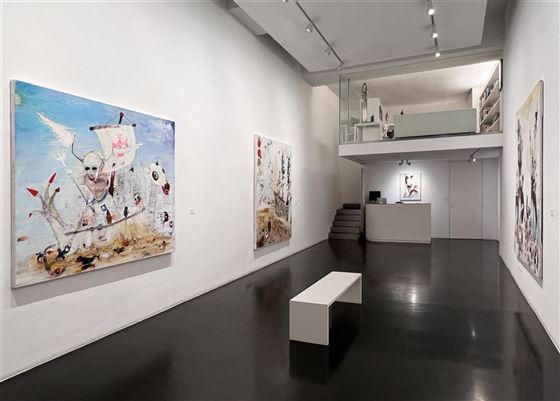 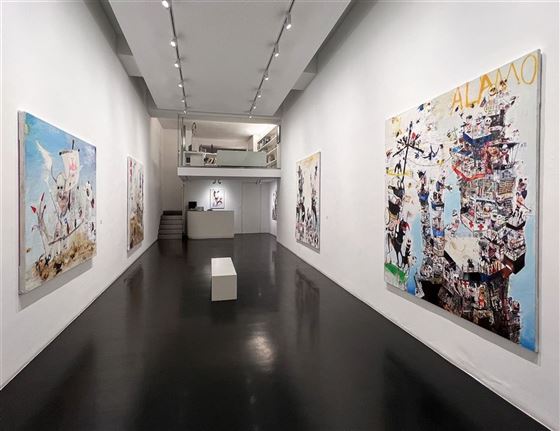 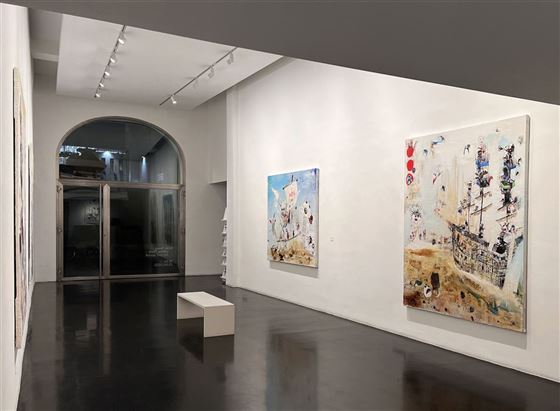 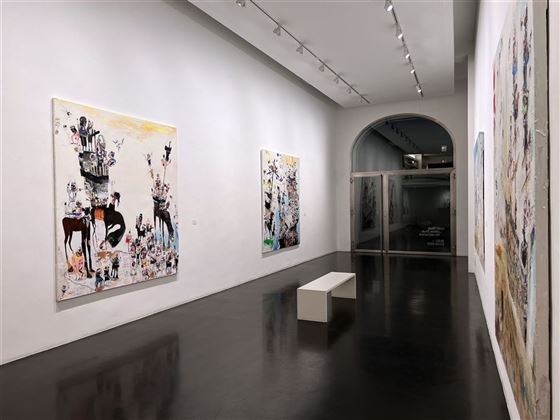 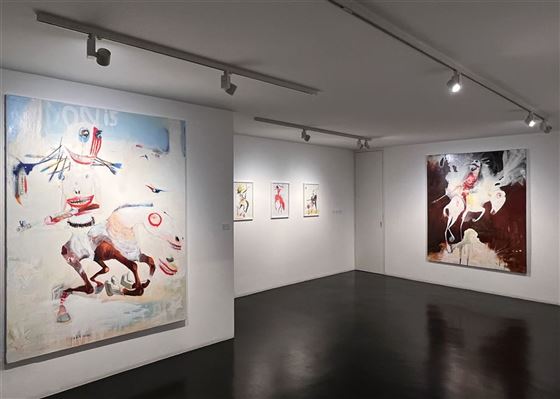 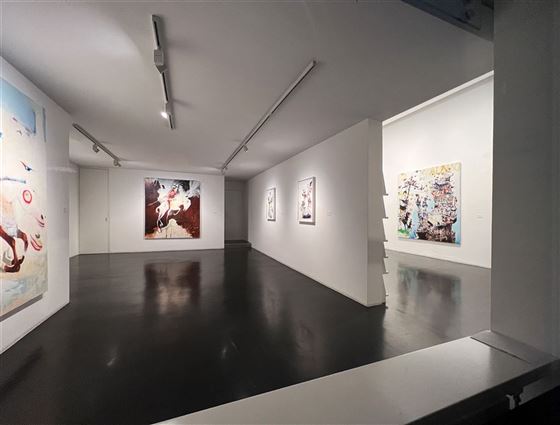 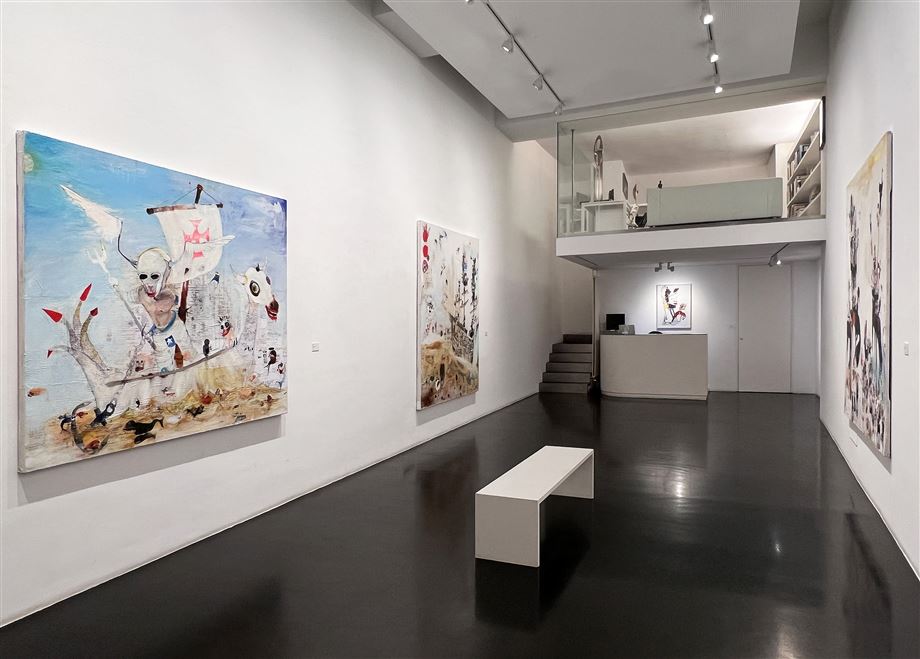 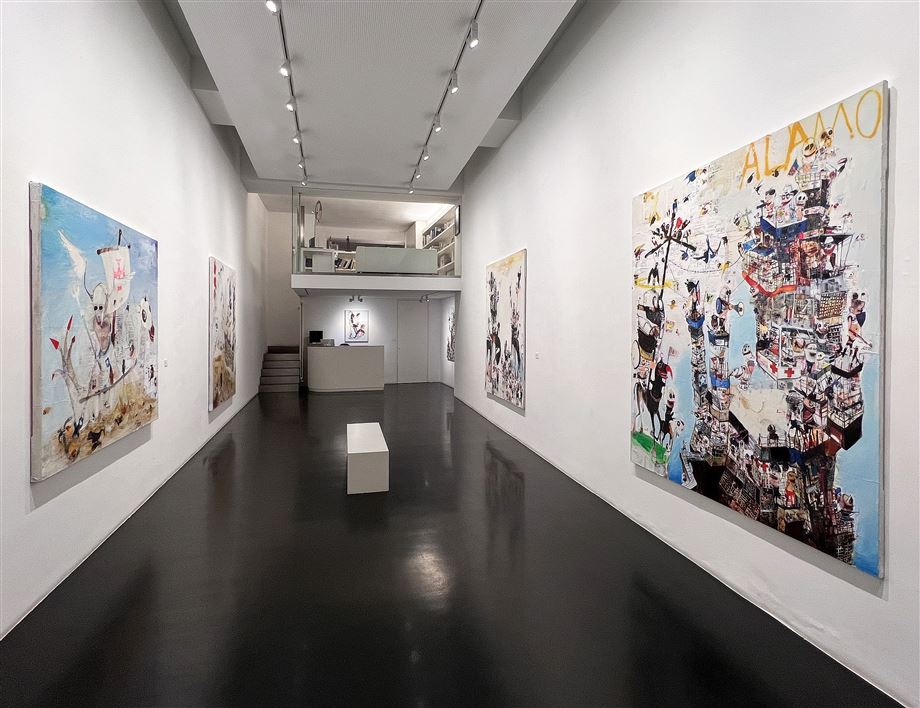 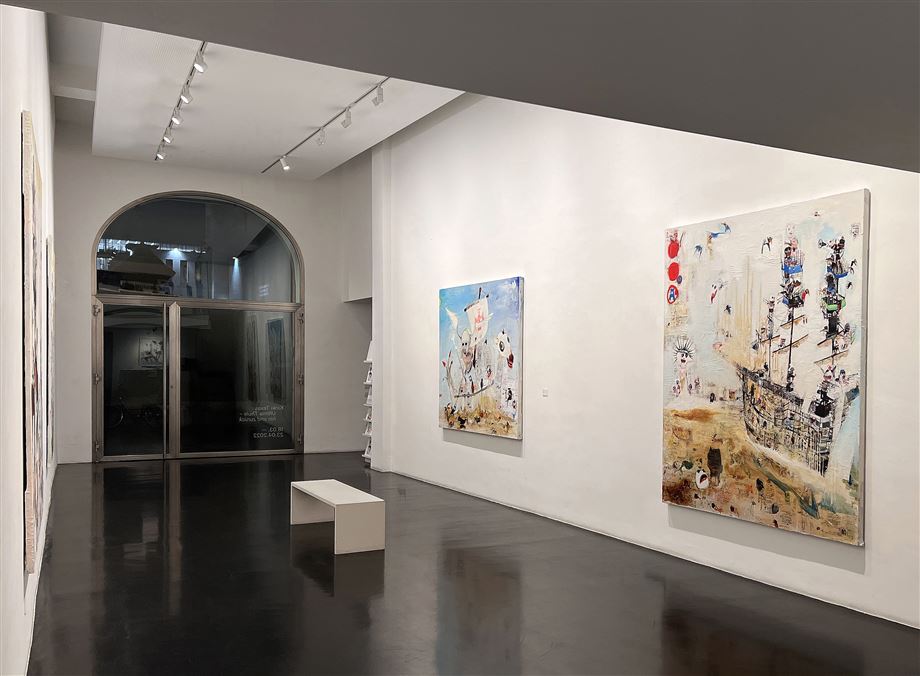 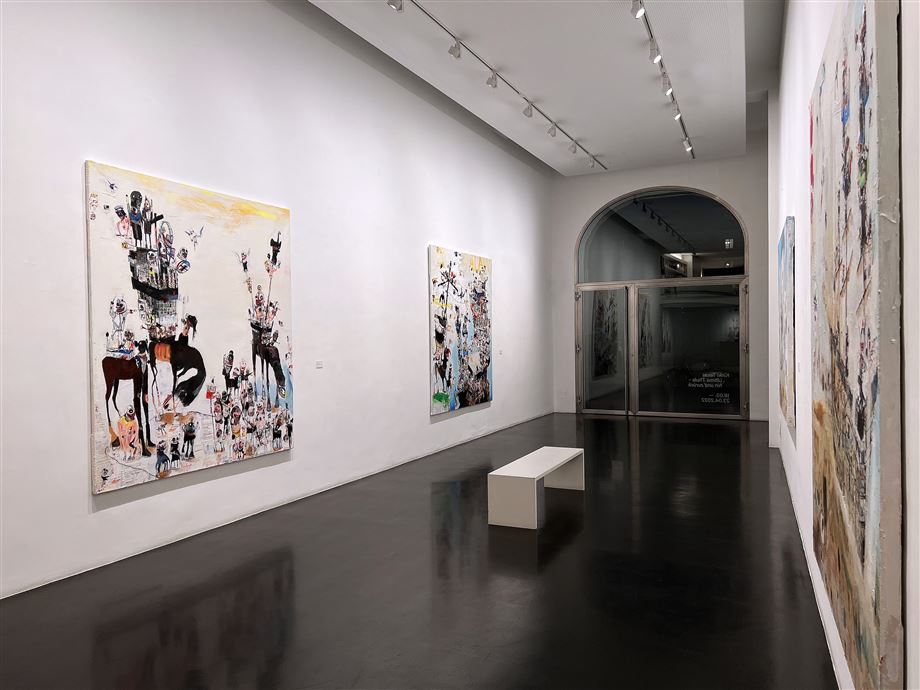 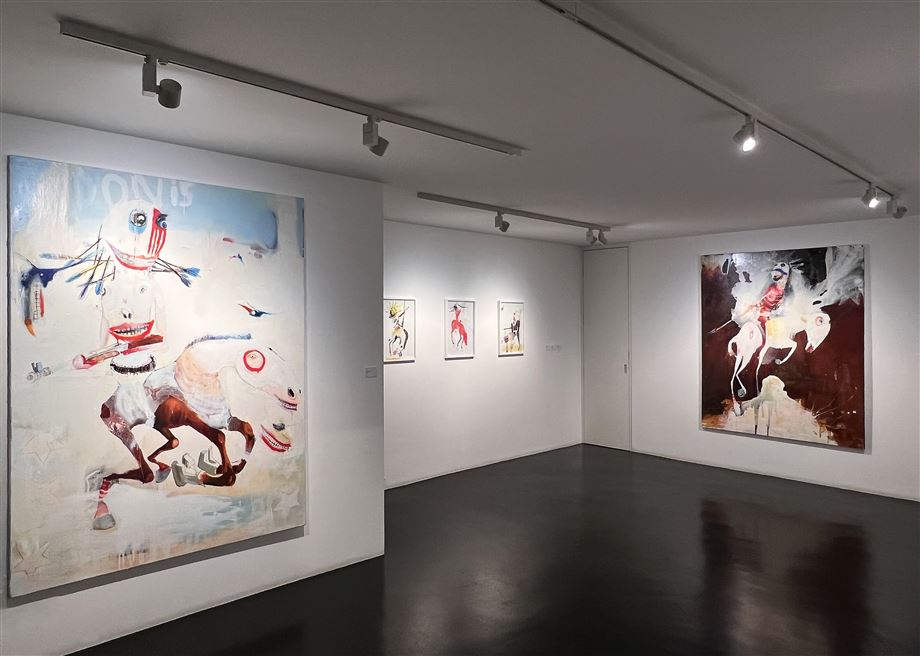 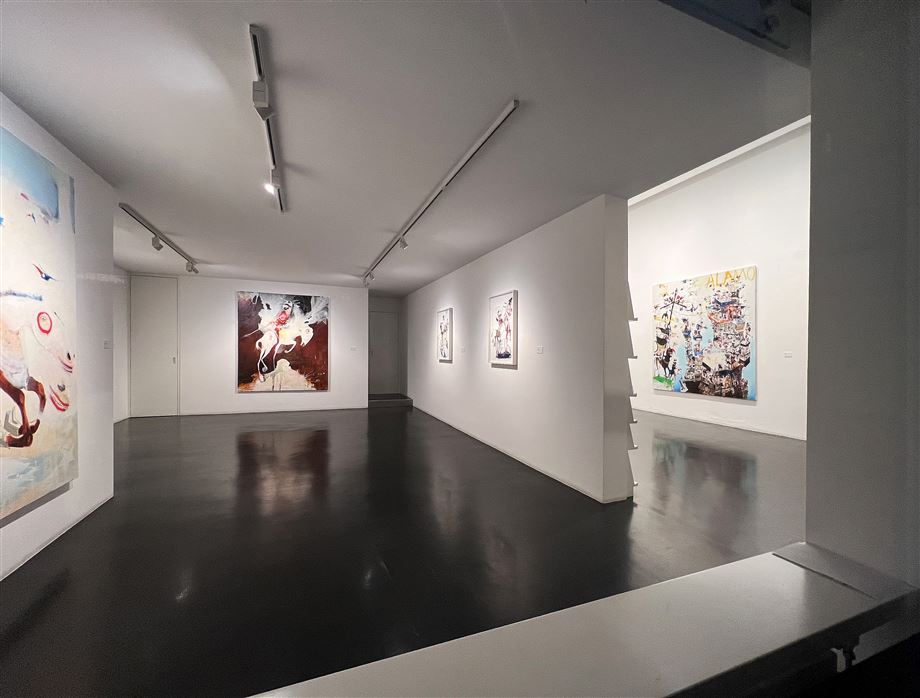 The Alessandro Casciaro Art Gallery is pleased to present Kinki Texas’s third solo Exhibition, Ultima Thule – hin und zurück.
Presented on large-scale canvases and depicted in vibrant, almost lurid colours, Kinki Texas’s subjects may appear to have been quickly dashed off but have in fact been developed over a period of months. Their lengthy process of creation is only revealed on closer inspection, when the different stages of the picture’s evolution can gradually be traced. While Kinki Texas has a particular theme and subject matter in mind when he begins working on his pictures, he also reacts to what happens during the painting process, with the result that the development of the images can take unexpected turns. He paints, sprays, writes, wipes and scrapes away until he reaches a state where any additional painterly touch would overload the image, but any missing one would make it seem unfinished. The heroic figures in “Kinki Texas Space”, this is what the artist calls his creative universe, which draws as much inspiration from the comic genre as it does from television’s History Channel, employing means of depiction borrowed from graffiti and trash culture as well as from centuries of history painting, their appearance ranges from slightly strange to truly bizarre; some of them have a warlike and at times rather frightening demeanor; they confront the viewer
with loaded guns, pose in suits of armor with swords drawn or like Native Americans with headdresses, bows and arrows. The title, Ultima Thule, indicates a mythical place, the name of which has come into current use to define any place distant from the known world. It is a legendary island, first mentioned in the travel diaries of the Greek explorer Pytheas, who set sail from the western Greek colony of Massalia (today's Marseille) around 330 BC to explore the North Atlantic. During Late Antiquity and the Middle Ages, the memory of the distant Thule generated a resistant myth: that of the Ultima Thule, as it was first defined by the Latin poet Virgil in the sense of extreme, i.e. last knowable land, and whose meaning over the centuries shifted to indicate all lands "beyond the known world".