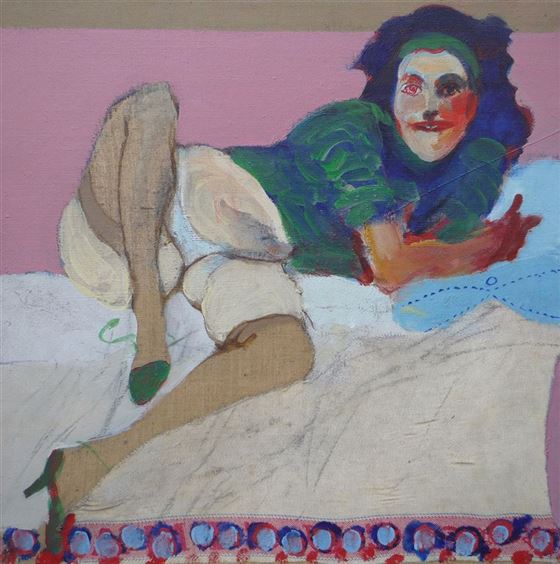 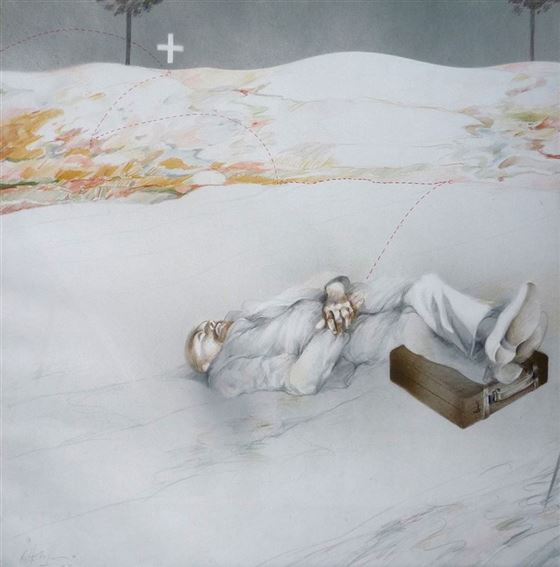 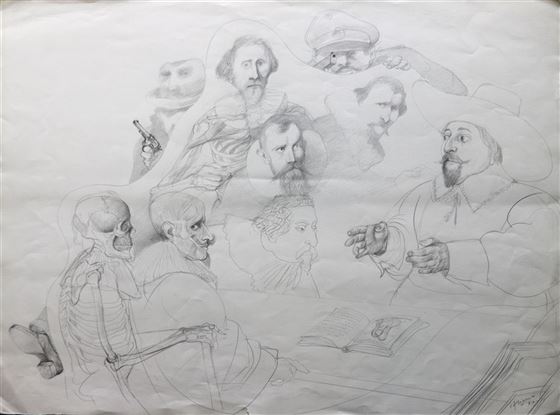 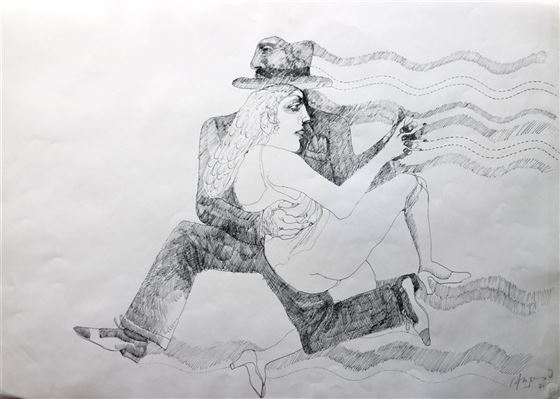 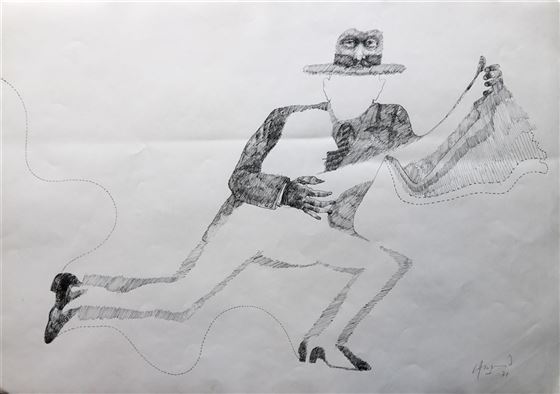 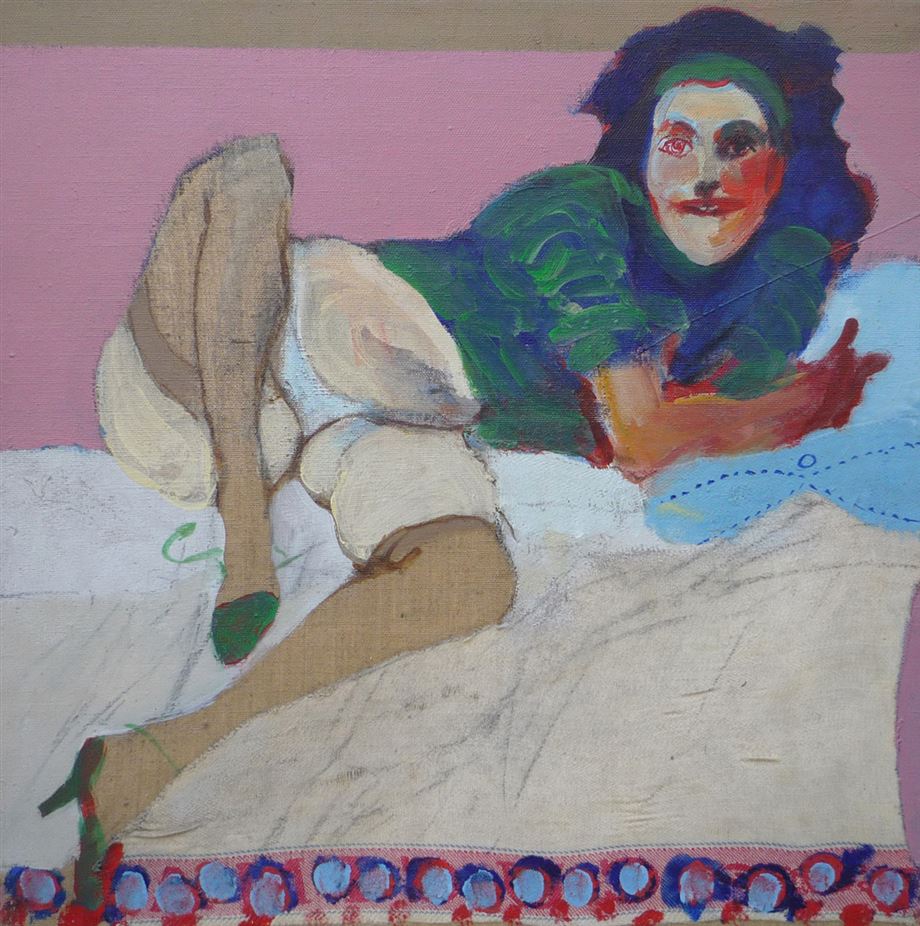 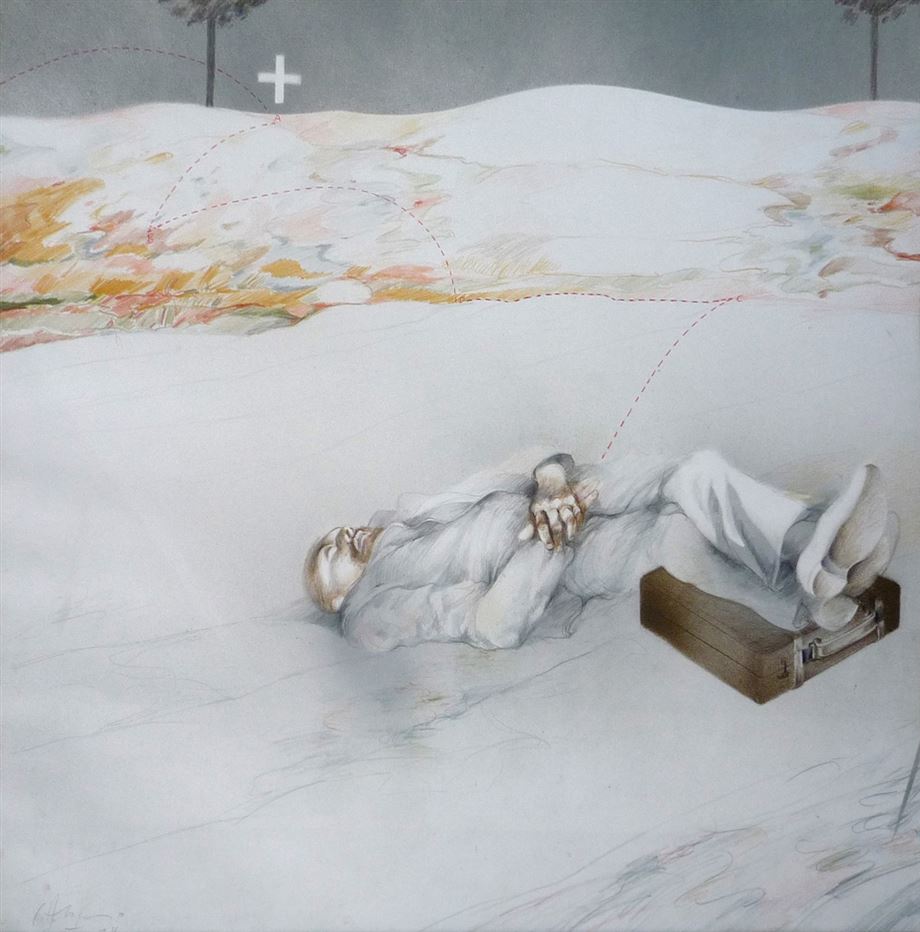 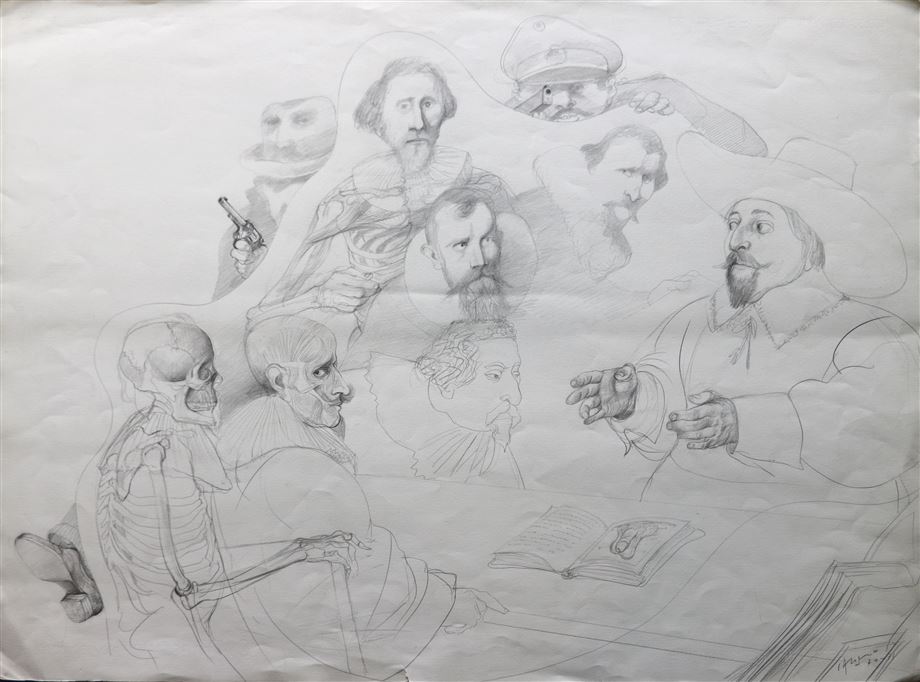 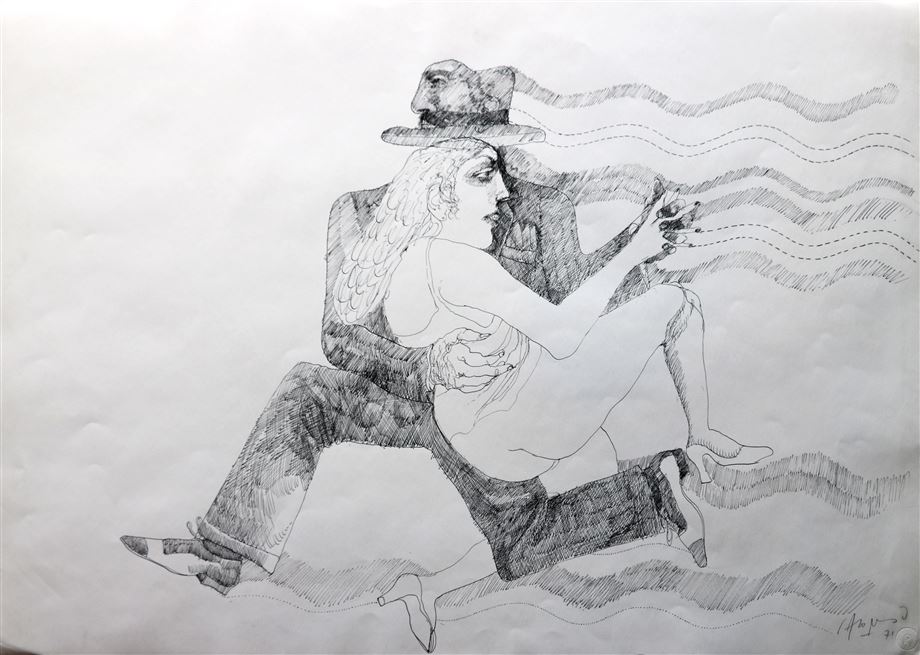 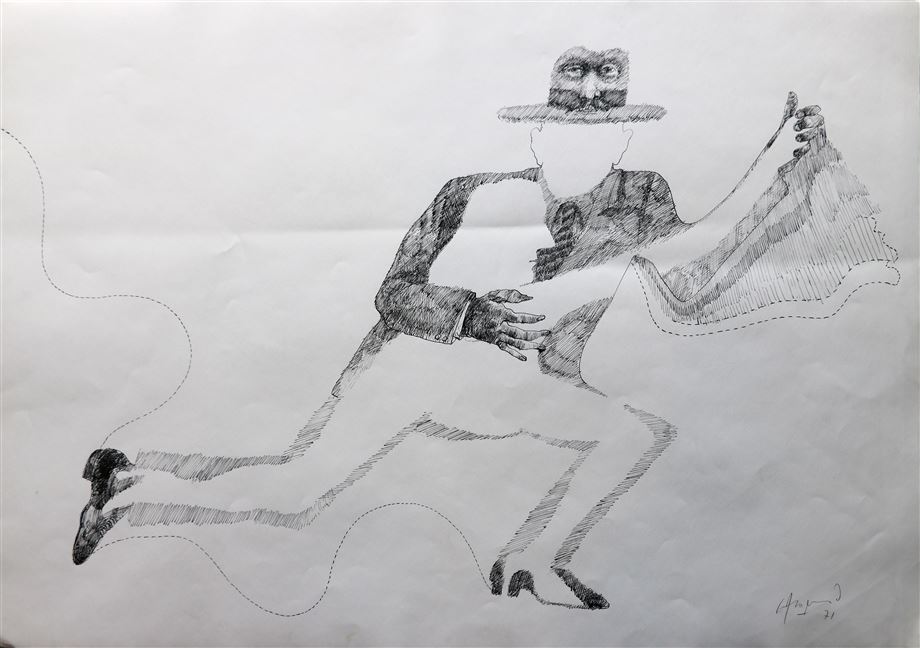 Carlos Alonso was born on February 4, 1929 in Mendoza, Argentina. He attended the Academy of Fine Arts in Mendoza and the National University of Cuyo, where in 1947 he received first prize at the Salón del Estudiante. He was a pupil of Ramón Gómez Cornet. During his youth Alonso worked in a chaotic and experimental style that was later transformed: he abandoned expressionism and began to explore a new objectivity following the German roots and adopted the technique of acrylic in his painting. In 1954 he travelled to Europe, where he exhibited in Paris and Madrid. In 1951 he won first prize at the Salón de Pintura de San Rafael (Mendoza), then in 1959 he was summoned by the Emecé publishing house to illustrate the second part of Cervantes' famous work, Don Quijote de la Mancha, and in the same year he won the Chantal prize at the Salón de Acuarelistas y Grabadores in Buenos Aires. He was also a great illustrator of books, including the Divine Comedy in 1969, of which he produced a film commissioned by the Olivetti culture office. After the coup d'état of 1976 and the disappearance of his daughter Paloma the following year, he decided to leave Argentina for Italy.
In 1979 he moved to Madrid and only two years later decided to return to Argentina. His works have been exhibited at the Art Gallery International (1972-1976), at the Museo Nacional de Bellas Artes (México), and at the Museo de Arte de La Habana (Cuba). In 1987 he exhibited at the Municipal Museum "Eduardo Sívori" in Buenos Aires and at the Bellas Artes in Tucumán (Mendoza). In 2005, for the 400th anniversary of the publication of Don Quixote in Cervantes, he was invited to participate, with his original drawings, in a tribute exhibition at the Museo de Artes Plásticas Eduardo Sívori in Buenos Aires. In 2011 he participated in the 54th Venice Biennale in the Argentina Pavilion.
Back to list / Next
/ /
Alessandro Casciaro
Art Gallery
Impressum
Privacy Policy