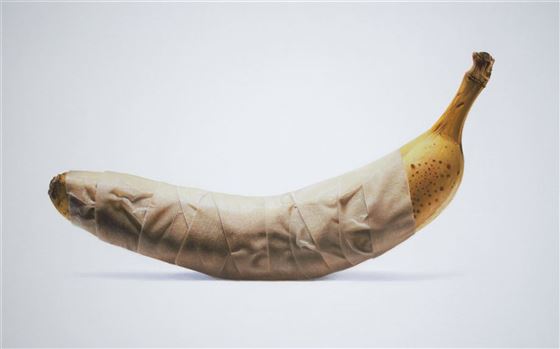 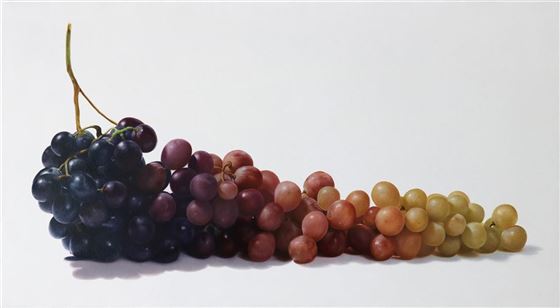 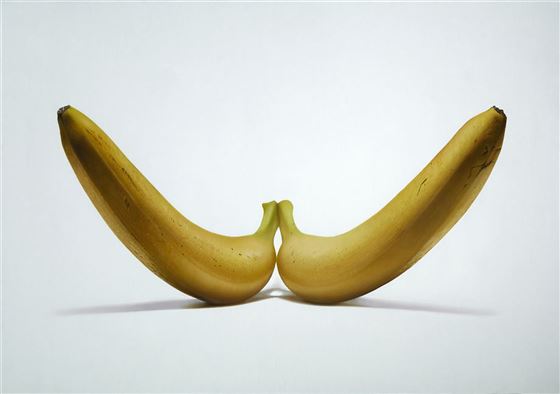 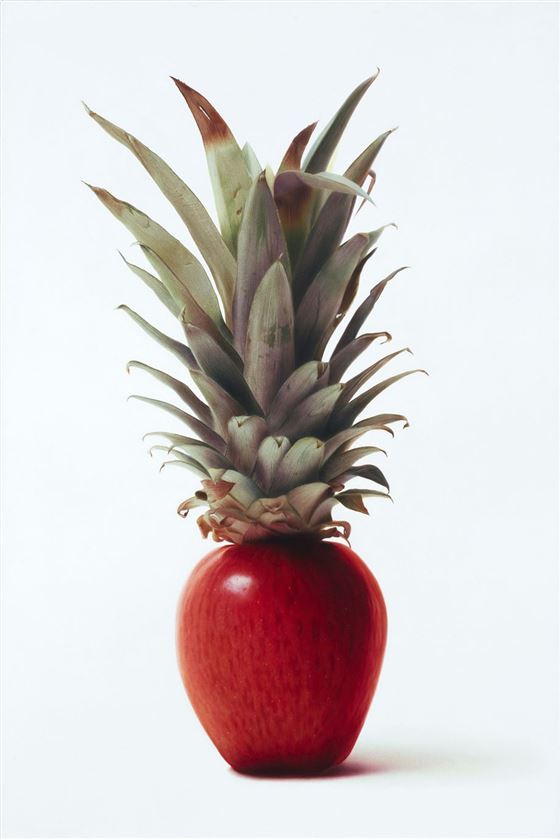 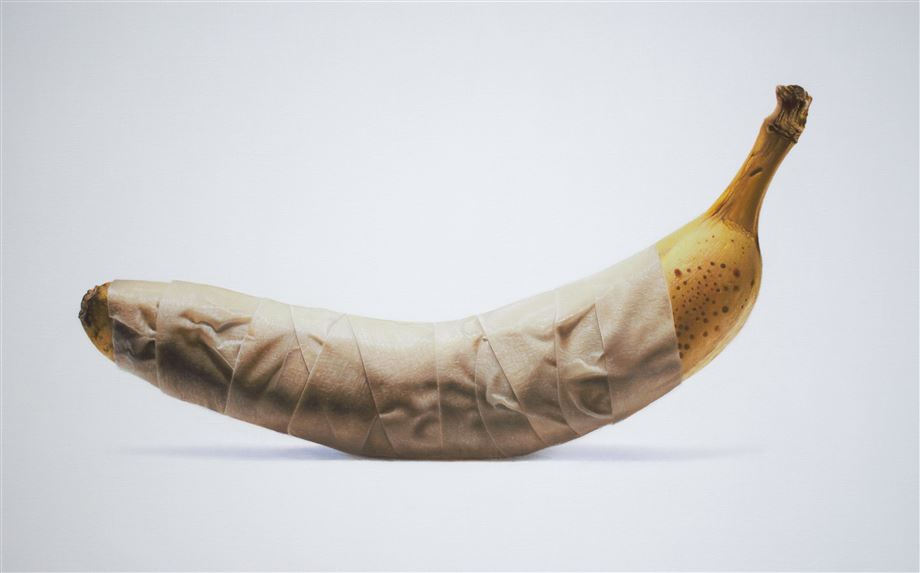 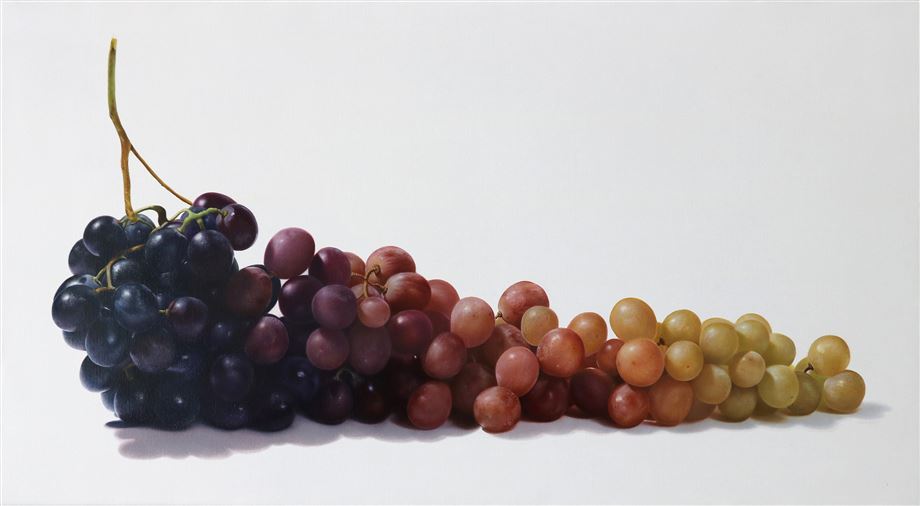 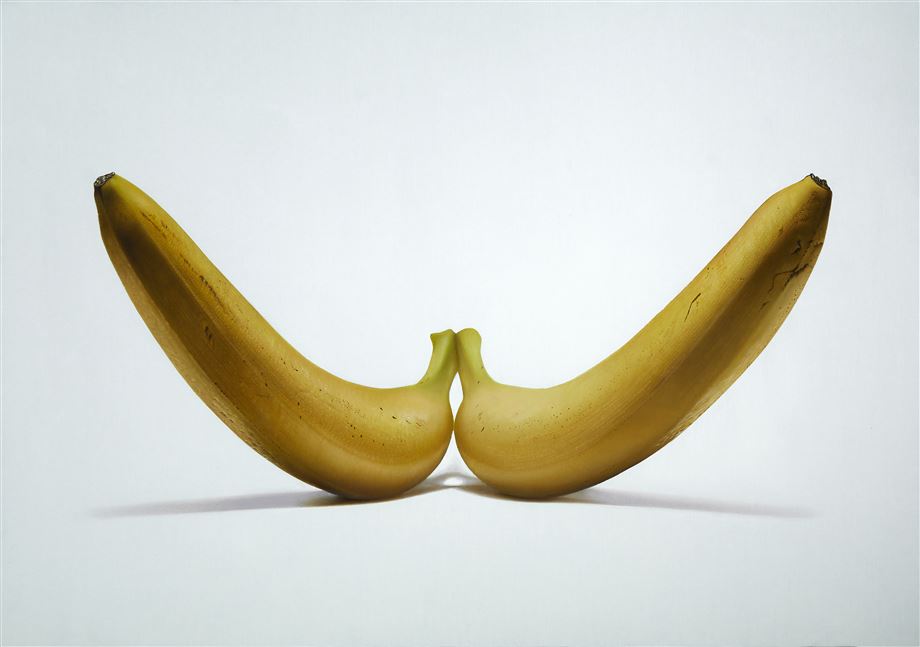 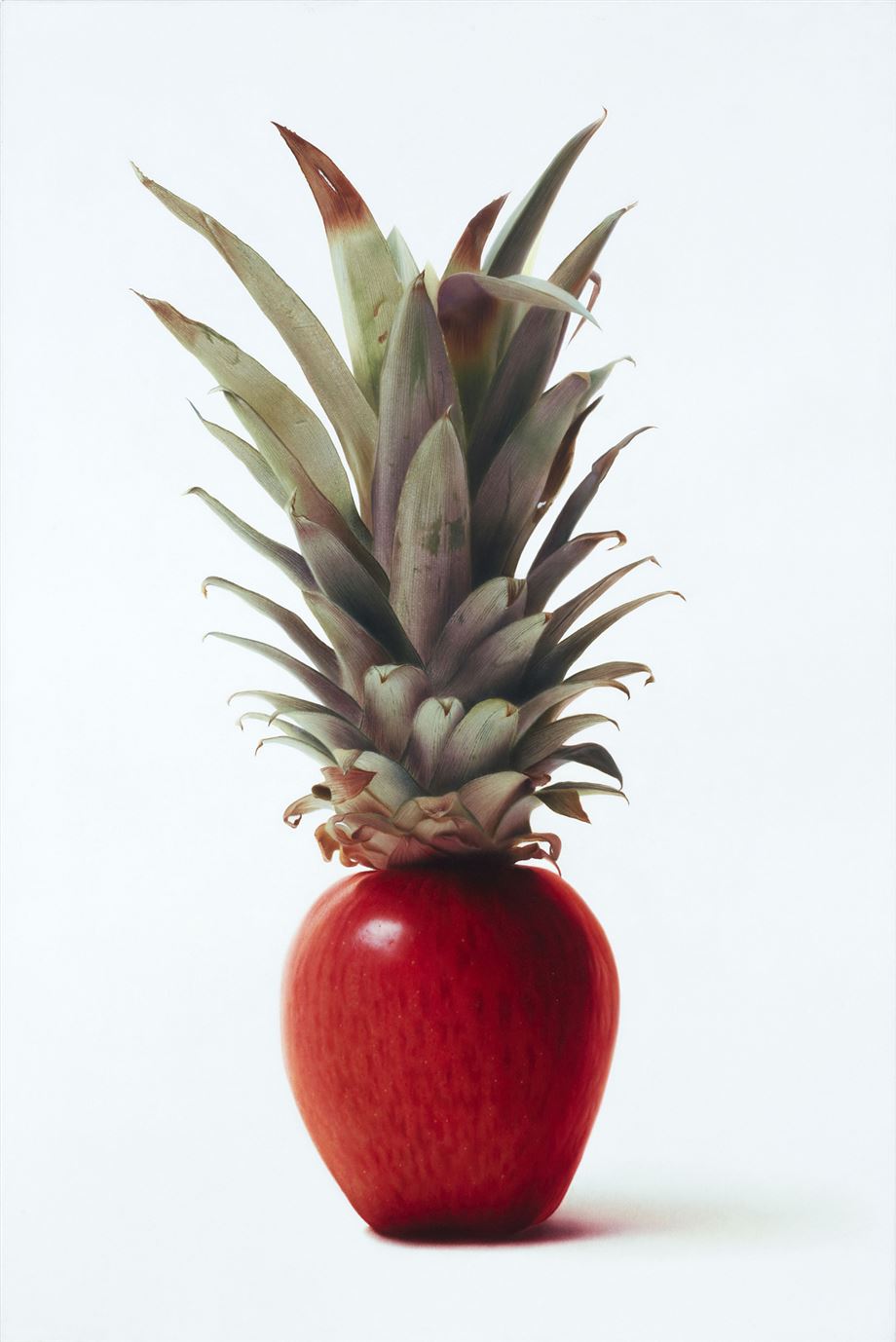 Salvatore Mammoliti's representations of ripe fruits and insects are part of a tradition of hyper-realistic still life painting, technically refined, even masterful, which in Italy dates back to the fifteenth century. This painting of the natural reality, in the arrangements of fruits, in the manifestations, symbolically elevated, of the transience and of the sensual pleasure, has brought in astonishing way to the reflections of the contemporaries of today, where the natural has degenerated in an object of consumption always and everywhere found, the rare and exotic has become something of daily available, assuming in the art a new meaning. I am thinking, for example, of the ironic iconography of pop-art artists from Oldenburg to Warhol, but also of French and American hyperrealists. Mammoliti's still lifes, also through the isolation of objects in the white pictorial spaces, illustrate the multiple relationships between nature and culture. His fruits, grouped, divided and open by him, are defined not only in a material way, but also in a symbolic one. As a skilful representation of cultivated nature, these still lifes offer a metal level of nature that is culturally deformed and interpreted. They express the relationship between art and life, between aesthetic appearance and intrinsic value, between fiction and reality, between sense and sensuality. If at first glance we think that here we are dealing with simple representations of fruit, so beloved and widespread in Italy, later we discover that Mammoliti is a very special circus director who presents a sort of circus show not with ferocious beasts, but with fruits and butterflies. In the empty space of the painting he arranges the fruits in balance exercises that seem to be stunts, plays with butterflies and caterpillars, combines a radicchio head with a strawberry inside to form a sort of monstrance, or stretches a pear divided in two so as to look like a naked woman lying down. Before him many painters have already discovered the sensual character of fruits, finding metaphors of body parts with sexual connotations. We know the analogy between banana and phallus, but also the games of meaning with open fruits and female sexual organs. In this sense, Mammoliti is a surrealist who, as a master of hyperrealist painting, with his inventory, the world of fruits, presents us with amazing games of meaning.

Salvatore Mammoliti was born in the province of Reggio Calabria (1959), where he graduated from the State Institute of Art and the Academy of Fine Arts with an "impossible interview" with Giorgio De Chirico. His study of the famous artist and, at the same time, of the masters of the past led him towards painting as a "return to the craft". This painting will be further deepened between 1985 and 1987 in Brescia, in the studio of the painter and illustrator Giambattista Bertelli and later with the knowledge of the master Ulisse Sartini, internationally renowned portrait painter. Until 1992 his painting was represented by a "magical and inspired figurative, with a vaguely dreamlike flavour", as Paolo Levi defines it in the volume Image and structure. The author's interest in the photographic image grew in 1992, when, having abandoned his taste for narrative painting, he arrived at a "conceptual hyperrealism". The works of this period aroused the attention of Tiziano Forni, who in 1995 presented them in the exhibition Continuità del talento. The motifs of the "scotch", already present in these works, becomes a constant element of the last canvases, where interesting "fragments" of fruit are caged by the transparency of this adhesive. The artist's exhibition activity began in 1989 and since then Mammoliti has had numerous solo and group exhibitions in Italy and abroad. He is also present in some exhibitions such as the Suzzara Award (1992), the two Milanese editions of the Imaginaria Award (1992, 1994), promoted by the Rinascente Group, four editions of the Carlo Dalla Zorza Award (1996, 2000, 2002, 2006), hosted by the Ponte Rosso Gallery in Milan and the Lissone Award (1999).  In 2006, in collaboration with Galleria 44 in Turin, he participated with his work Equilibri at "Manifesto", an artistic project commissioned by the city itself on the occasion of the Winter Olympics. In 2008, commissioned by the Samuelis Baumgarte Galerie, he executed a large still life with cherries for the AIDA CRUISES, placed on the cruise ship AIDAbella.
Back to list / Prev / Next
/ /
Alessandro Casciaro
Art Gallery
Impressum
Privacy Policy