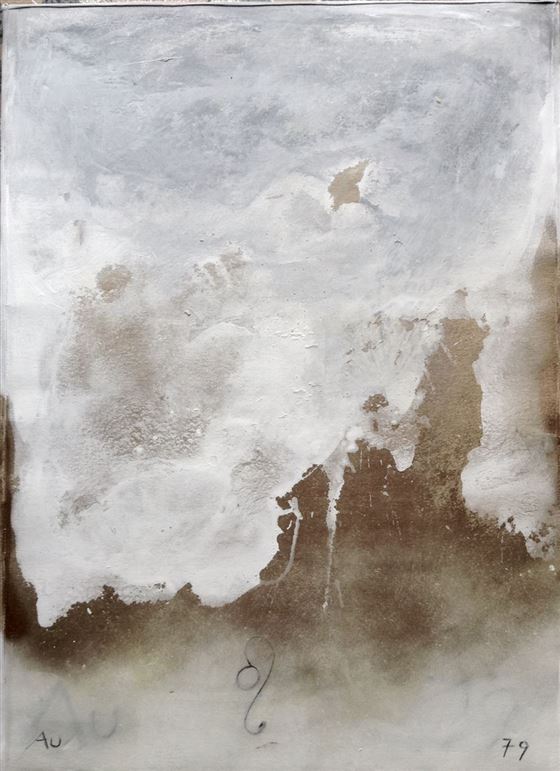 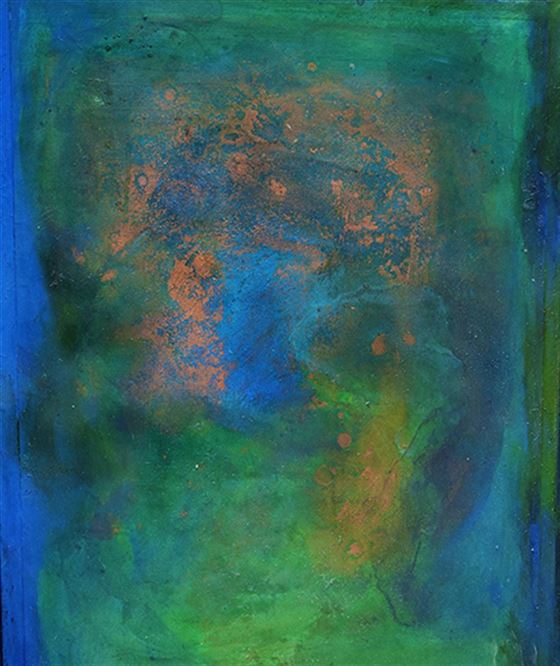 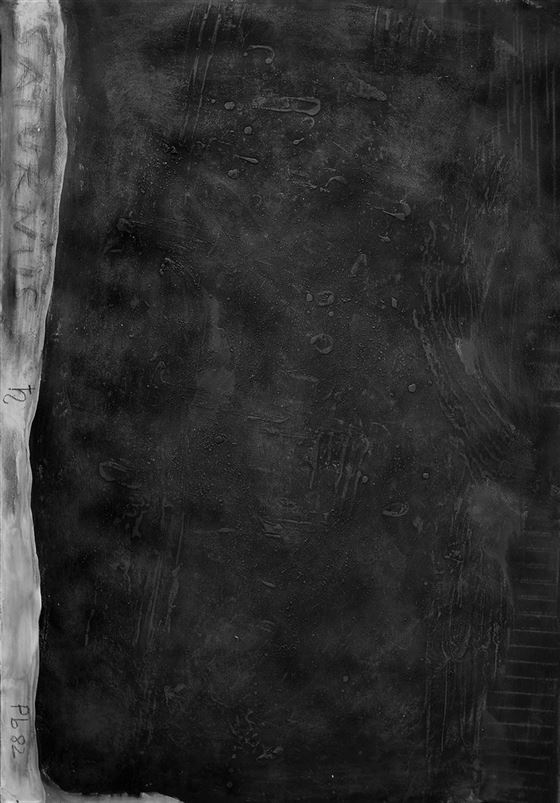 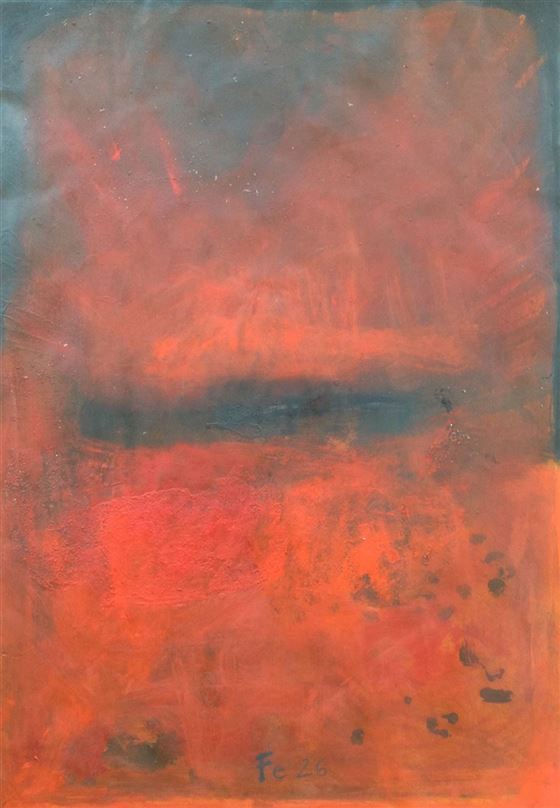 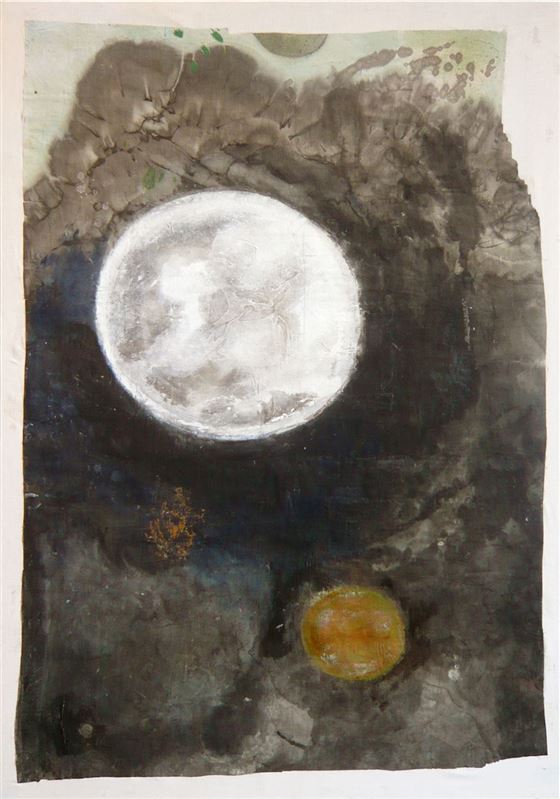 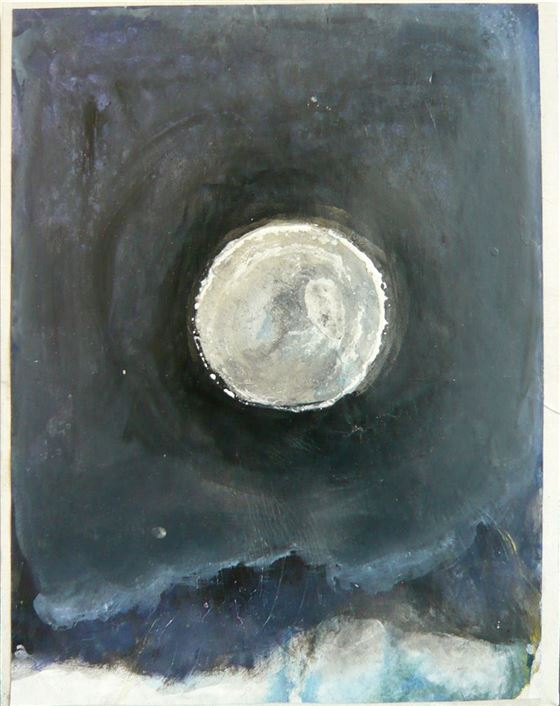 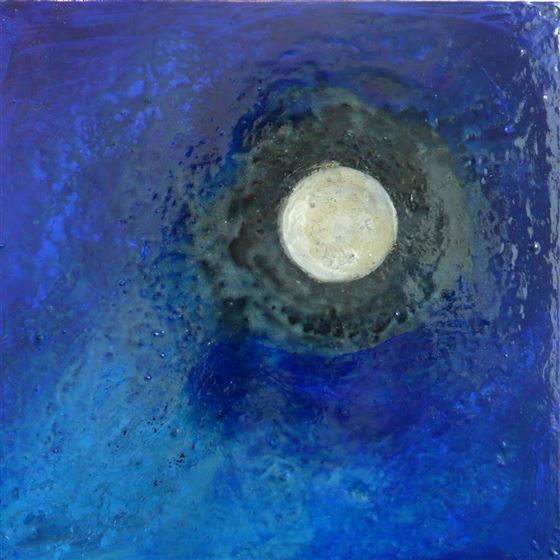 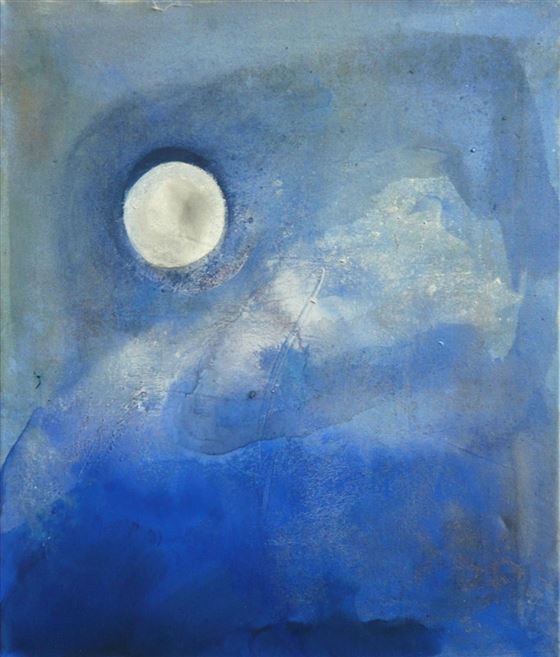 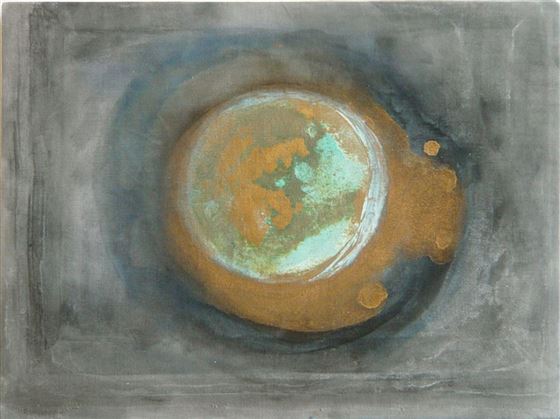 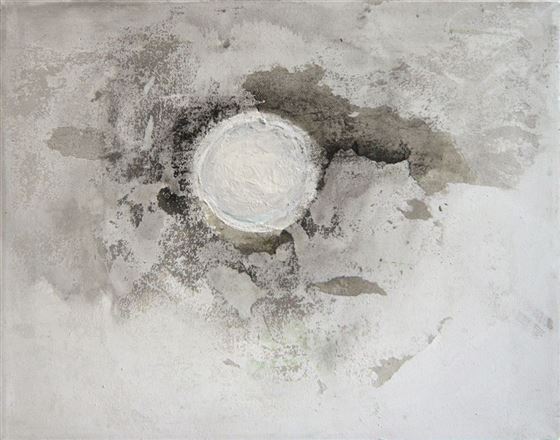 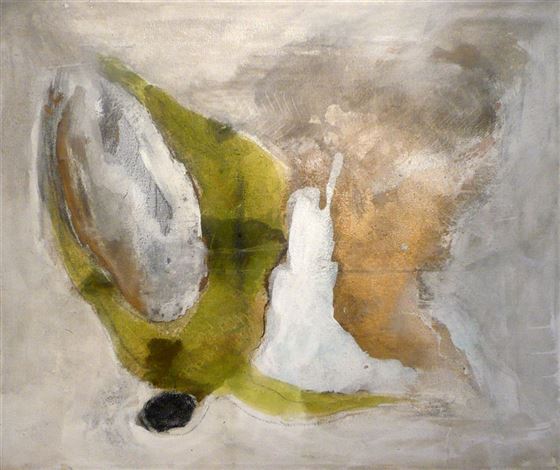 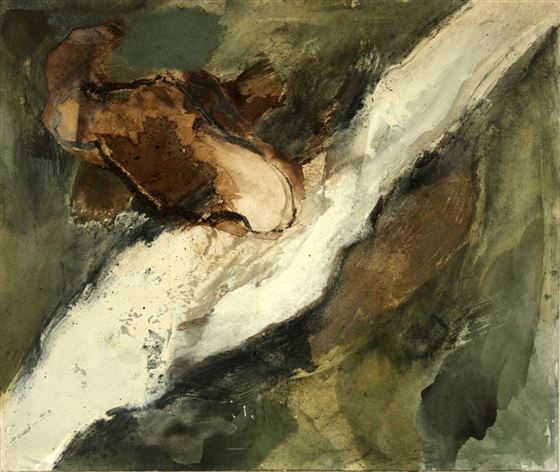 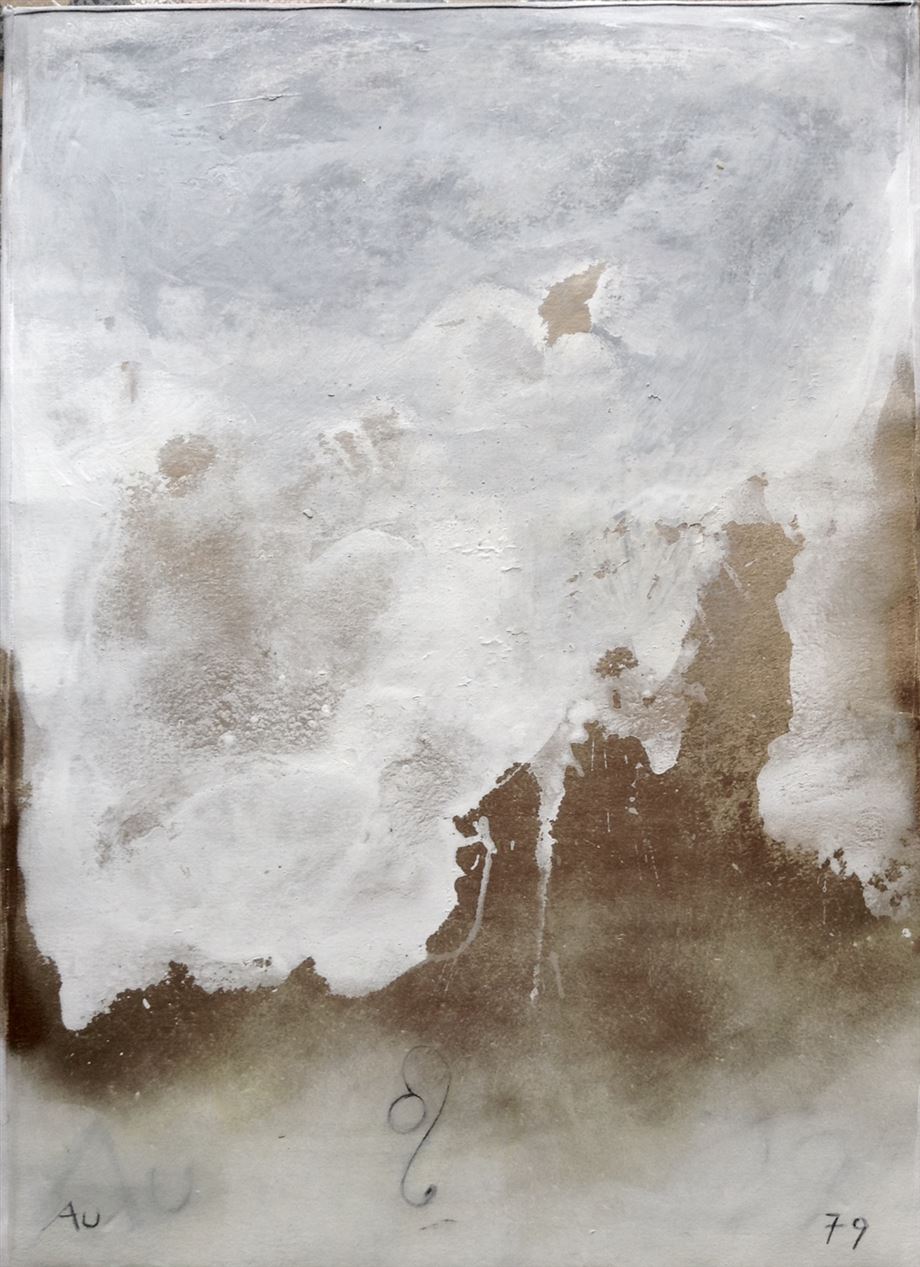 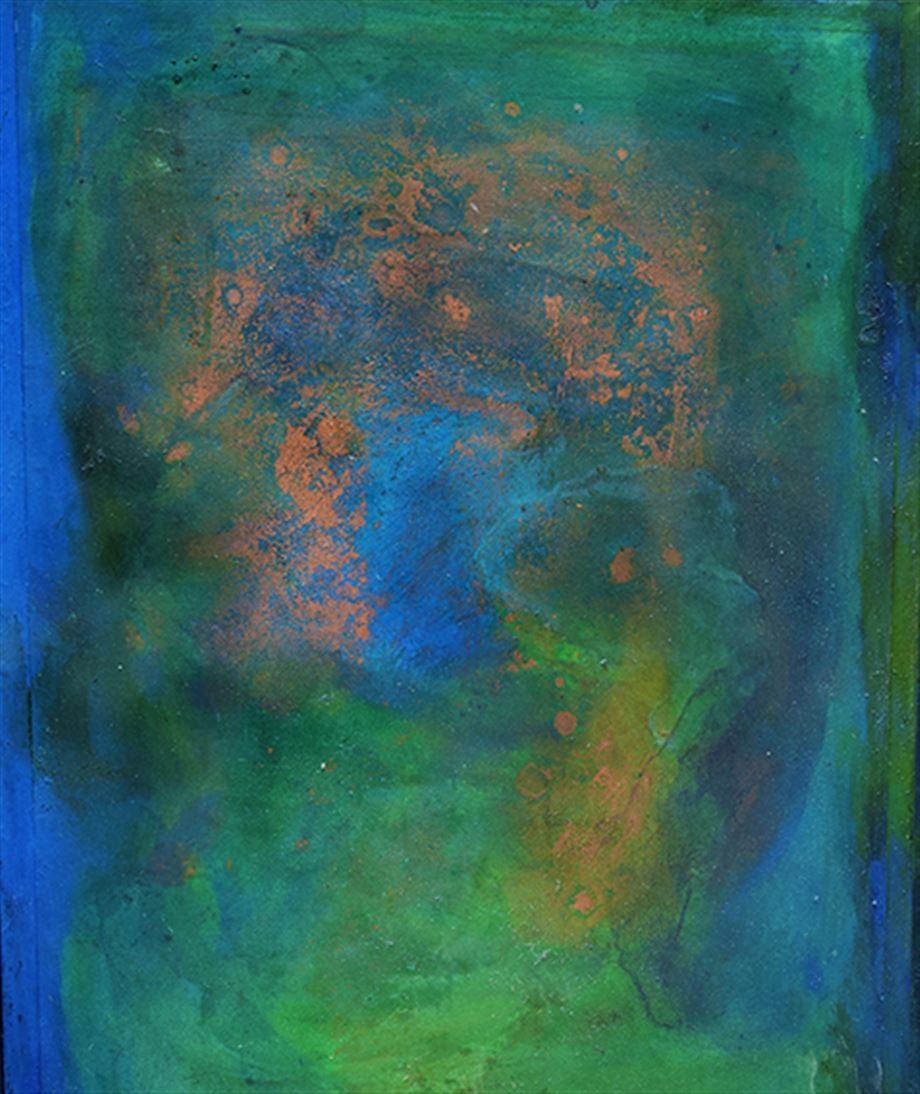 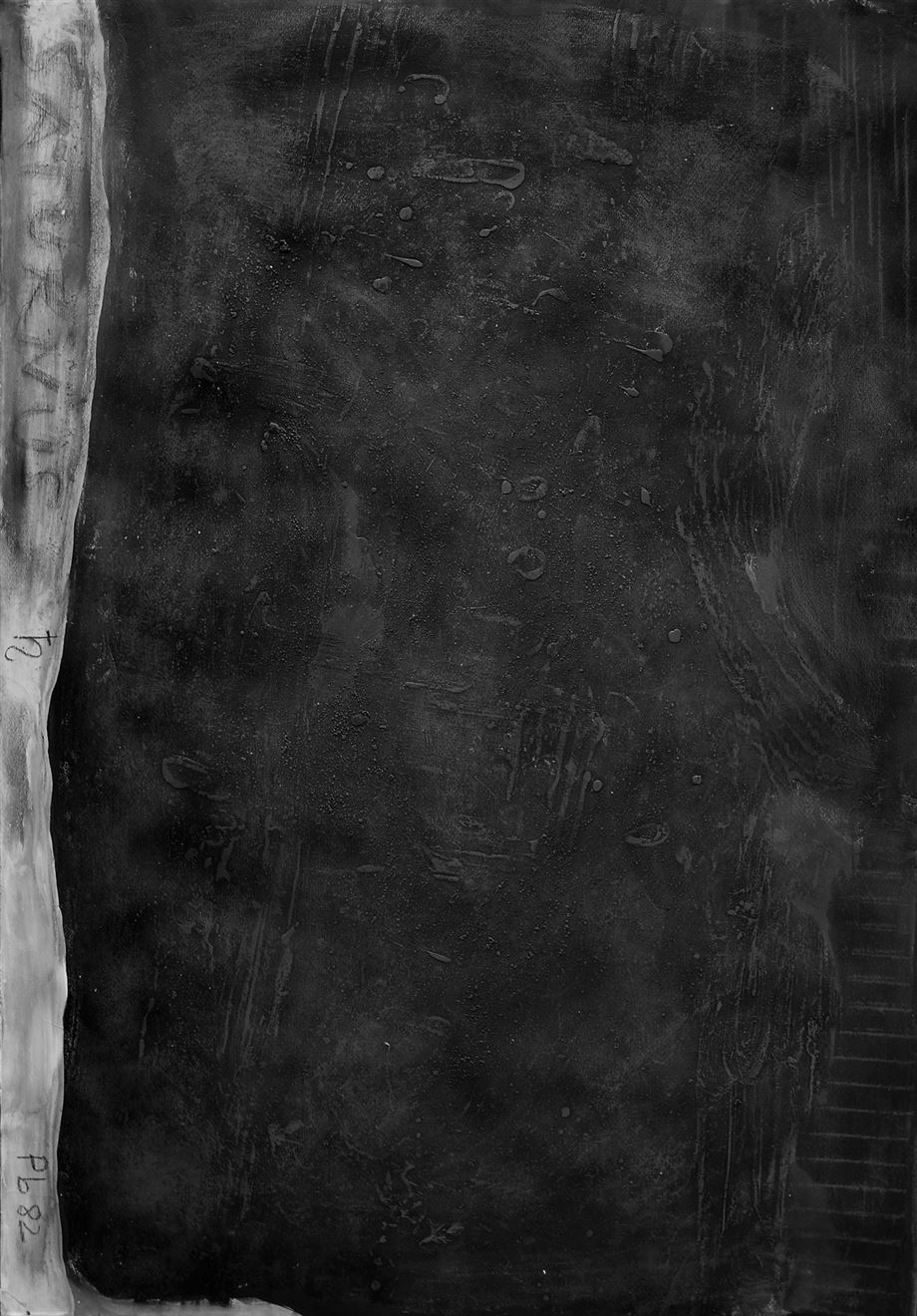 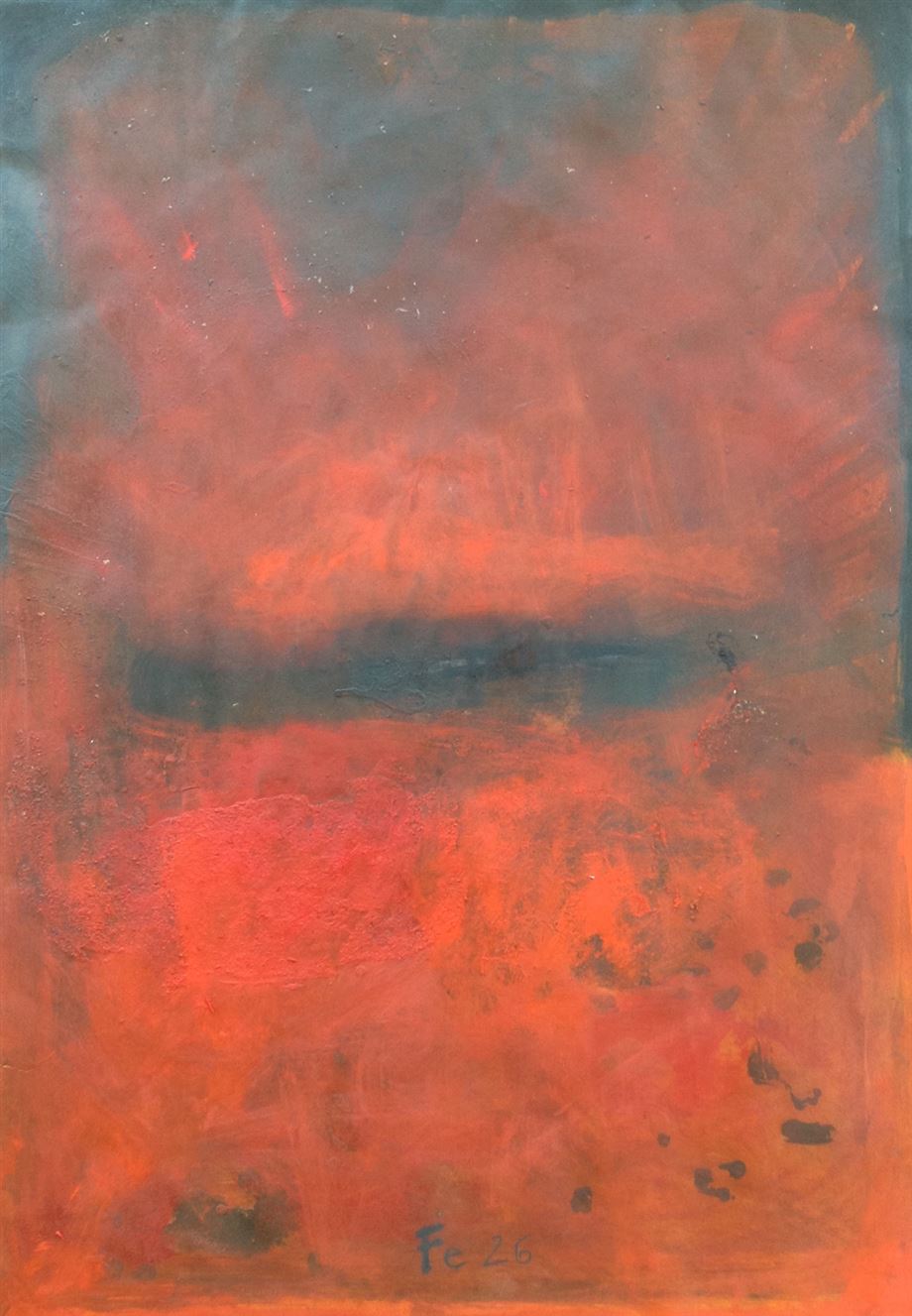 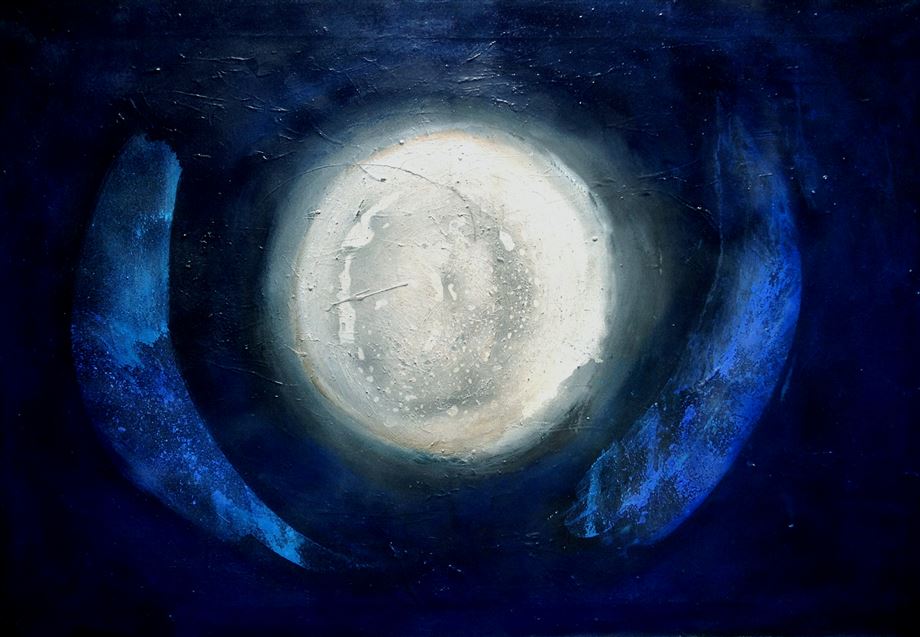 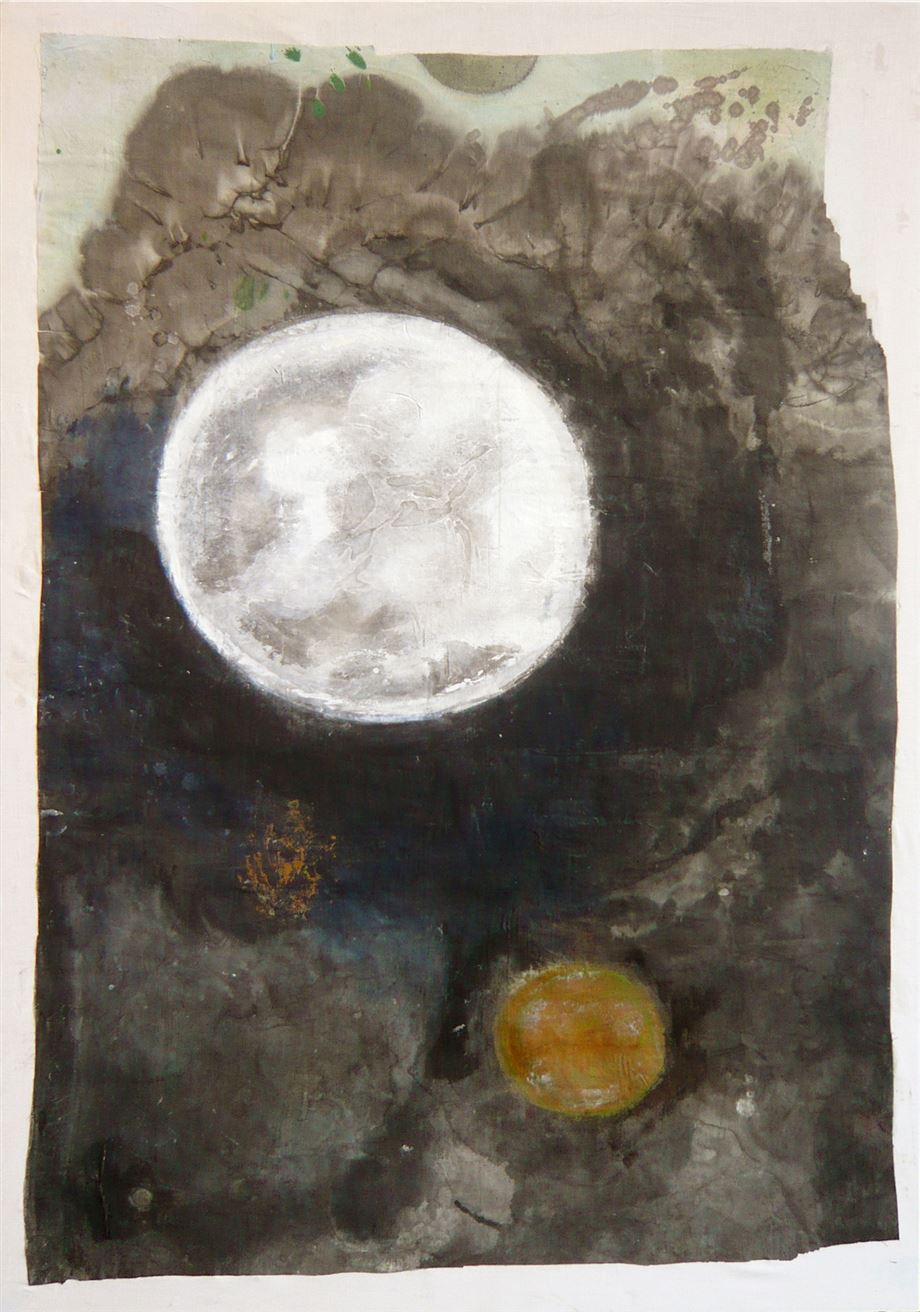 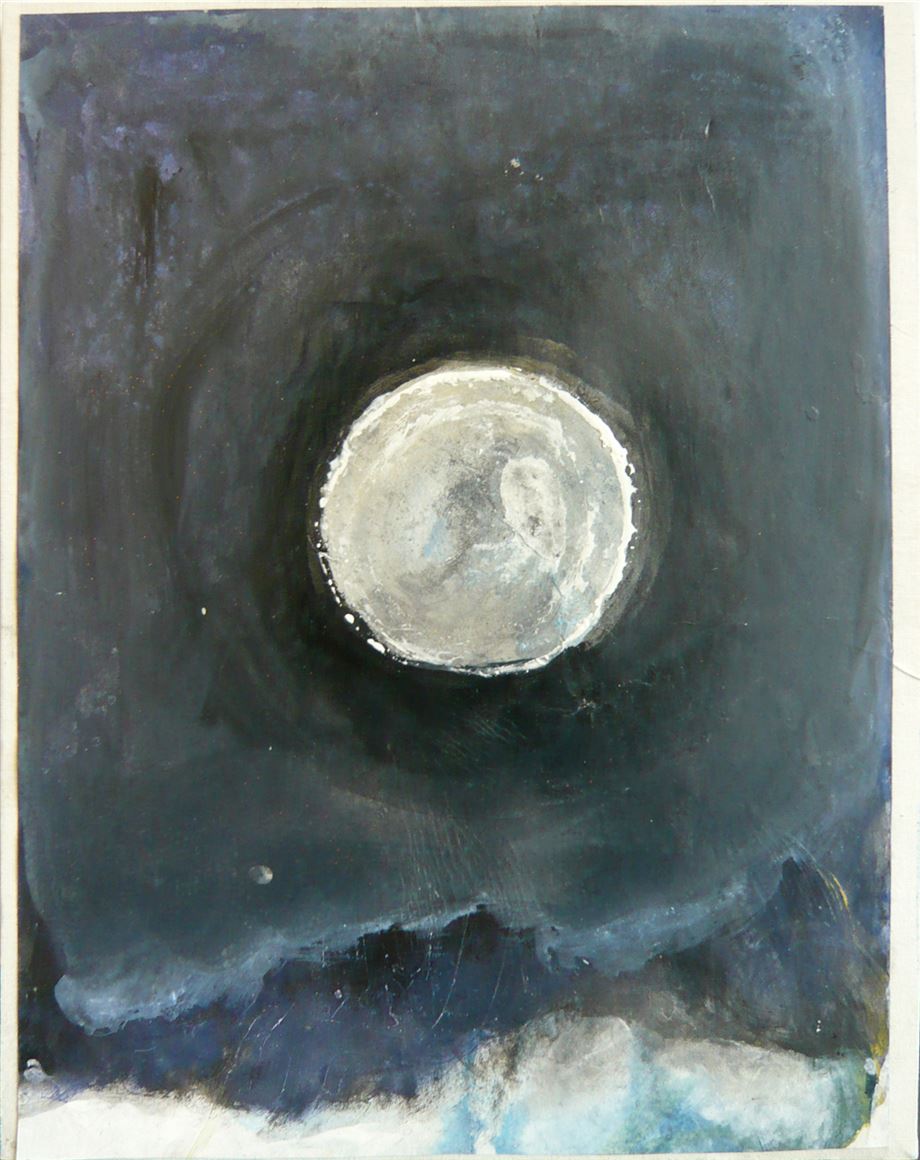 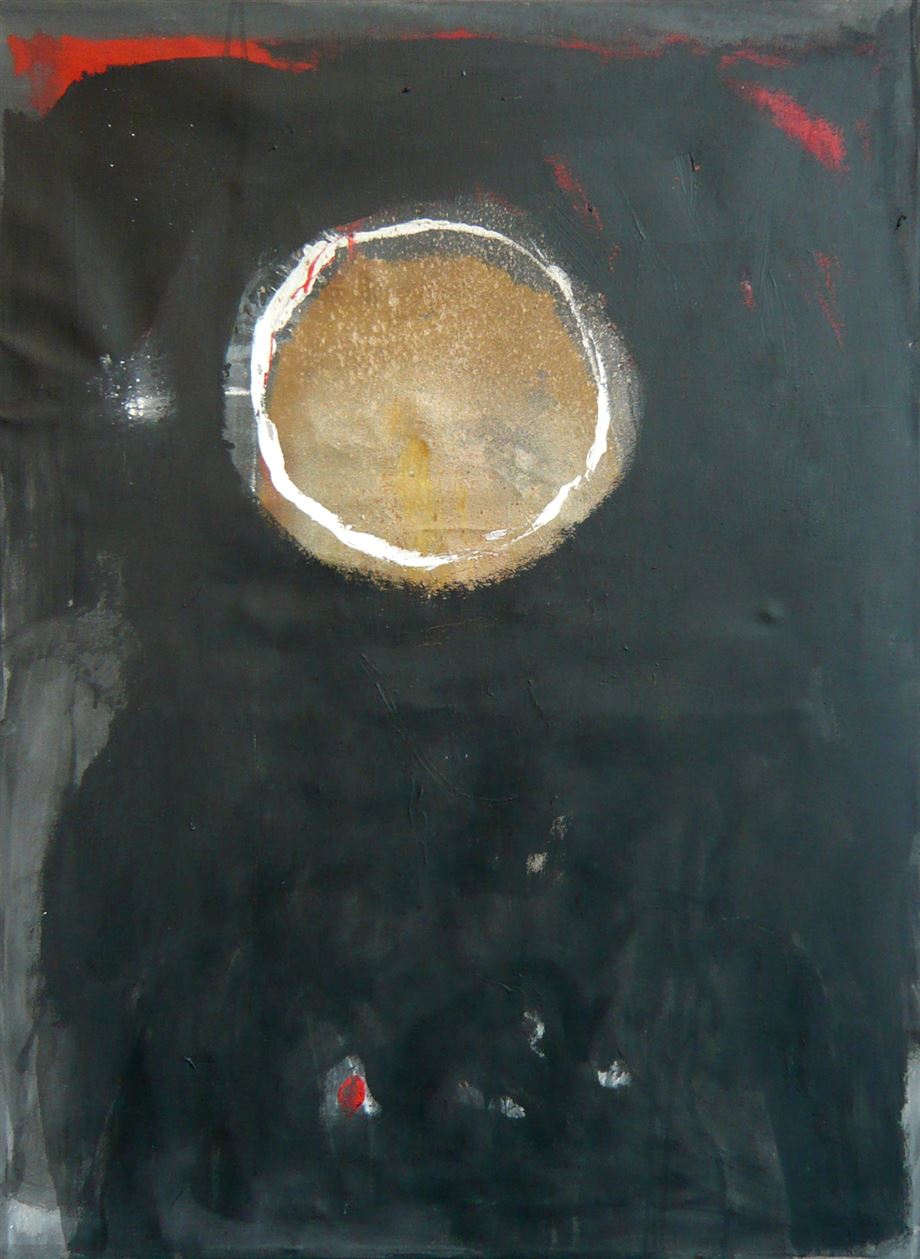 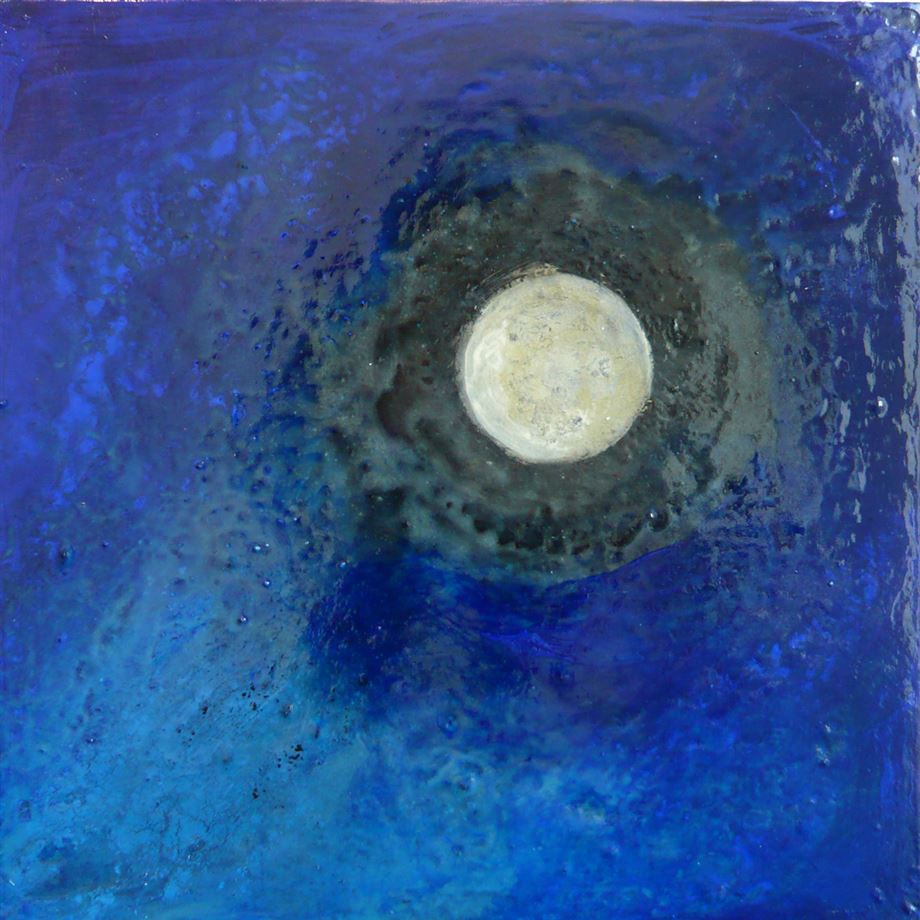 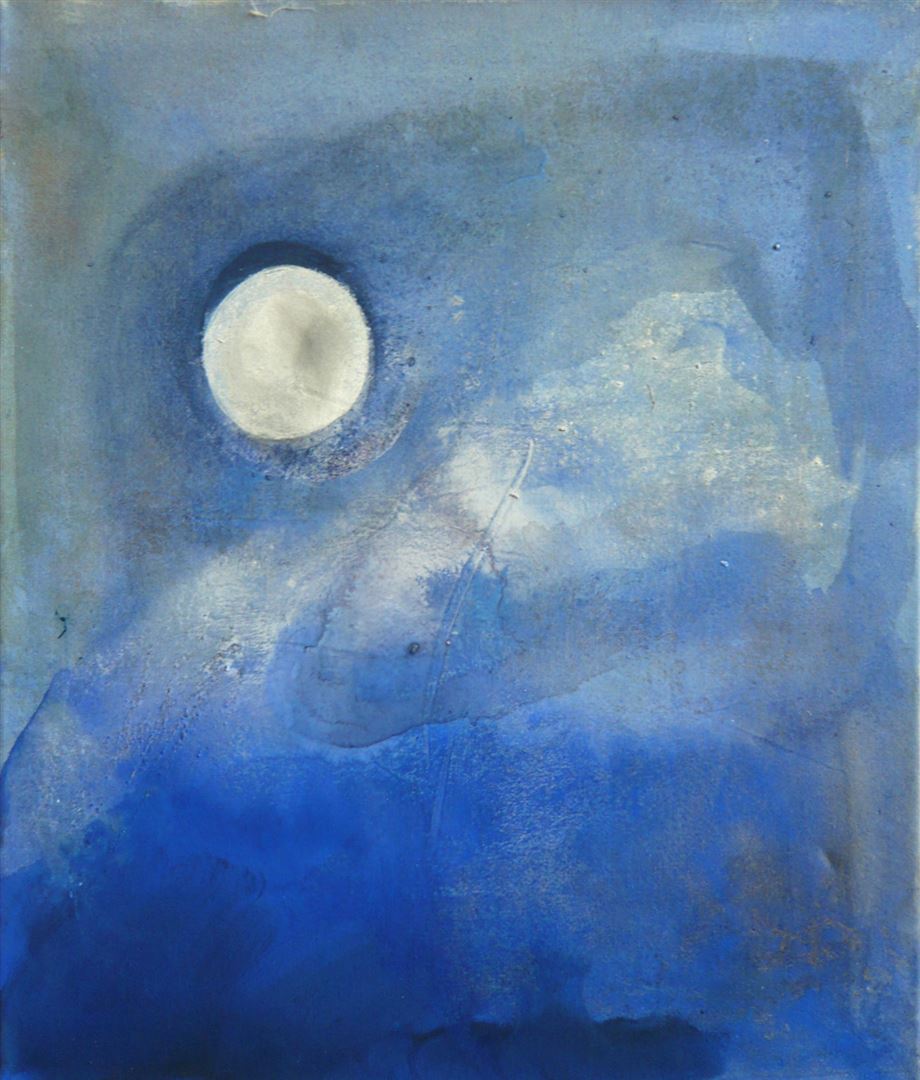 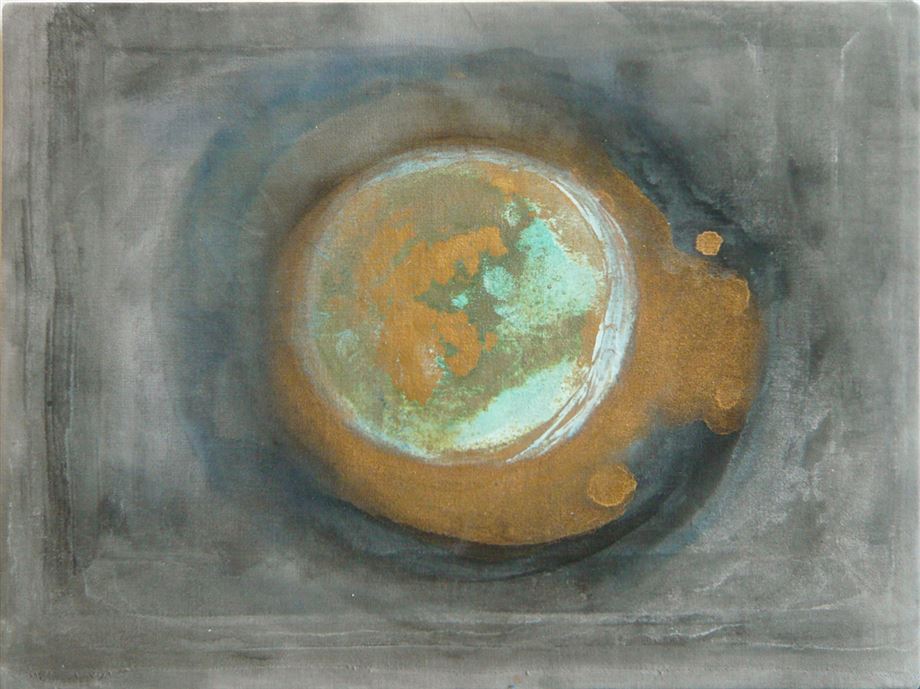 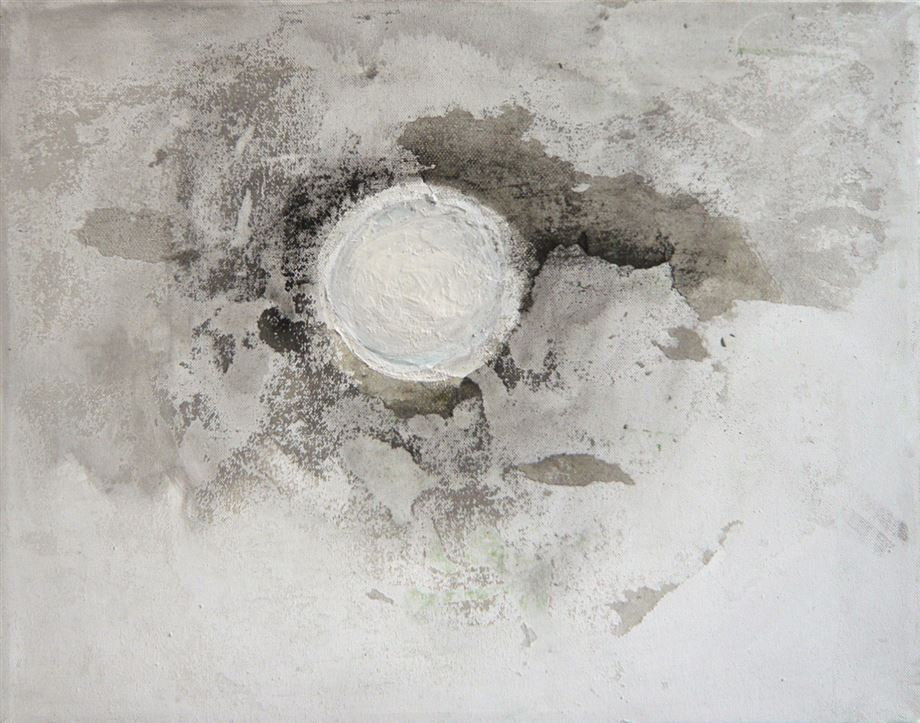 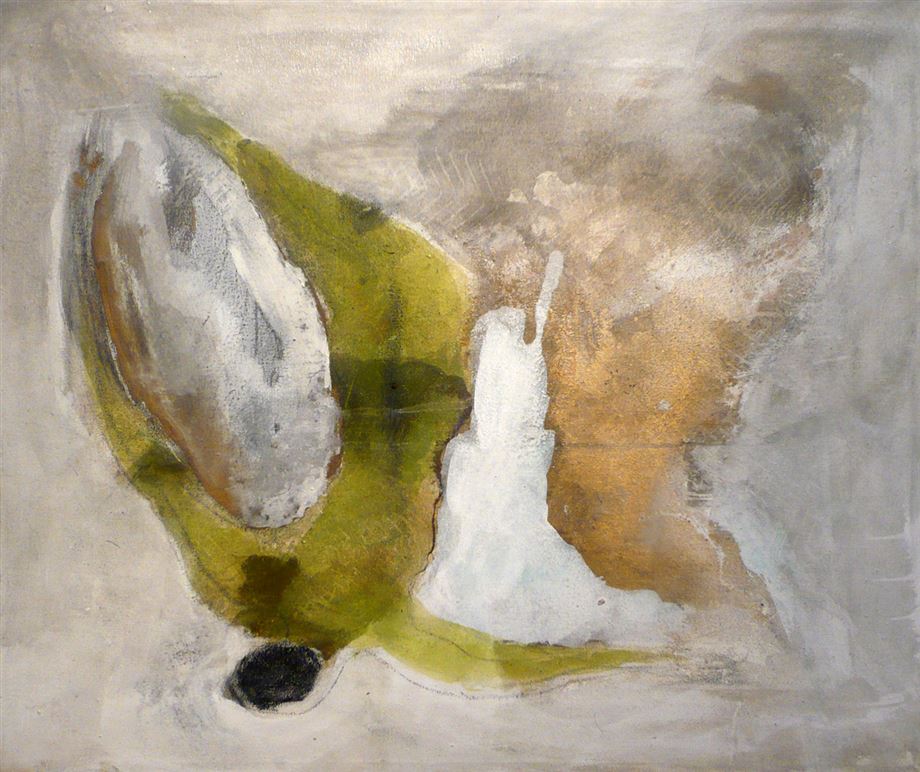 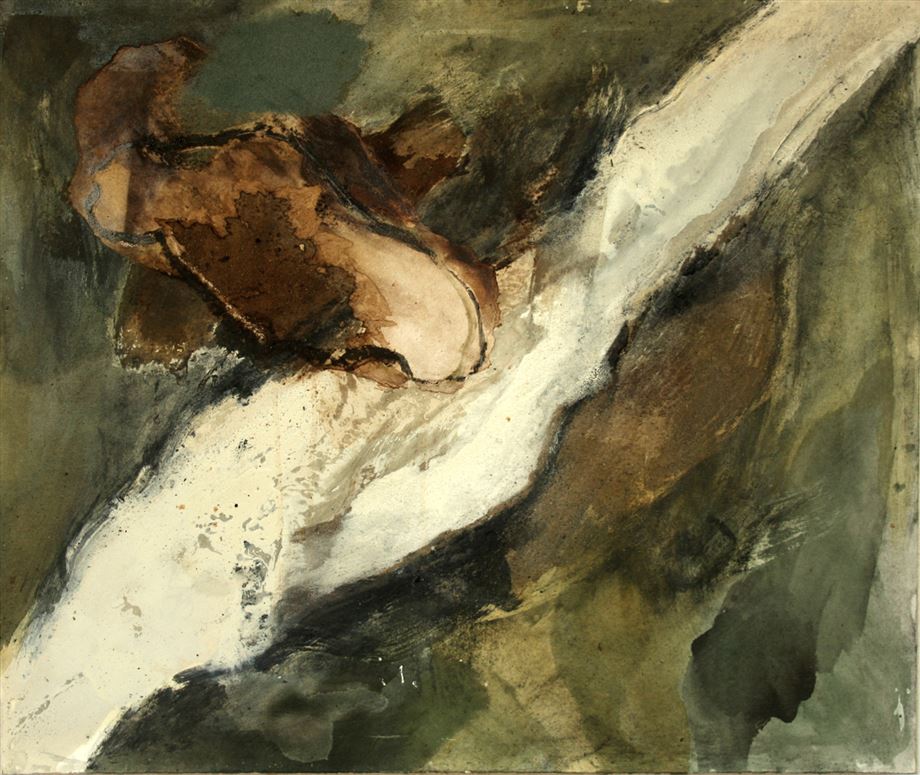 In her artistic career where she was predominantly working with figurative representations, with serial explorations concentrating in each case on specific subjects and differing areas (from stage design to large scale murals, from photography to music and literature), Margareth has now, using the theme of the planets, found a natural sequel to her moon theme, as it were, and has moved to a more abstract form of expression which she is nevertheless constantly questioning with her innate care and thoroughness, all this resulting from a long and rigorous process of investigation and refinement.
For every planet, every deity, yes, even for every colour, one might say, we have something akin to a portrait which Margareth has invested with her own perception of it and where she has intensified her own relationship with it, revealing to us and to herself the key to its interpretation which is so essential to its understanding. Thus in one narrative which is never banal, we are shown the absolute strength of Mars, the seductive beauty of Venus, the conflictual complexity of Saturn, the mysterious clemency of the Moon or the divine superiority of Jupiter, and all this is done using colours and shapes which characterise each one of them: additional and analogue attributes which imbue the painting with tension and extraordinary energy, whilst at the same time bestowing on it, as if by magic, a faint ironic value which always allows the interplay to be shrewd and intelligent.

Born in Bolzano in 1954. In 1973 she studied at the Accademia di Belle Arti di Venezia with Emilio Vedova. In 1975 she moved to Berlin where she studied Painting, Graphics and Photography at the Hochschule der Künste. She was invited to take photographs for the foremost cultural institutions in Berlin. In 1977 she founded a Studio home frequented by eminent artists and theatre people living in Berlin. In 1979 she was awarded a grant to study in New York, with the task of photographing the Actor’s Studio and Lee Strassberg’s lessons. She starting exhibiting her work in private galleries in Berlin in 1980, and 1983, together with Joachim Szymczak, undertook a huge project for the decoration of the Berlin underground network: 75 paintings in 8 different stations. She won the Internationalen Bauausstellung competition for the decoration of the façade of a historic Kreuzberg house. In 1984 she moved to Rome, where she has continued her work as a painter. She has exhibited in Italy and abroad in private galleries, public venues and museums (Rome, Paris, Milan, Pescara, Bolzano, Modena, Bologna, Berlin, Nimes, Lyon, Cologne, Bonn, etc). She was invited to take part in the 54th Venice Biennale. She is Professor of Decoration at the Accademia di Belle Arti in Rome, where she also holds courses on Chromatology. She lives and works in Rome and Berlin.