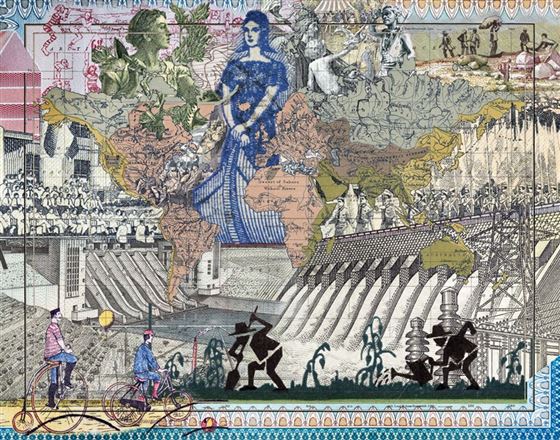 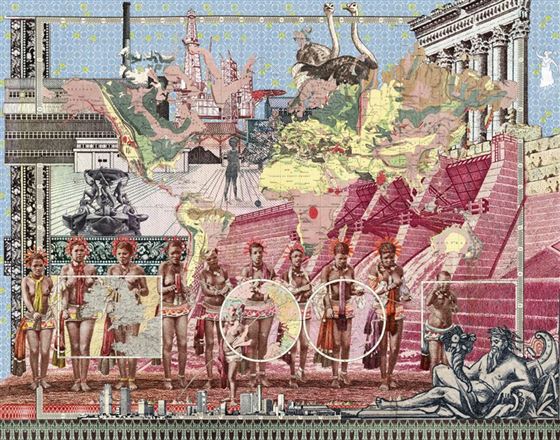 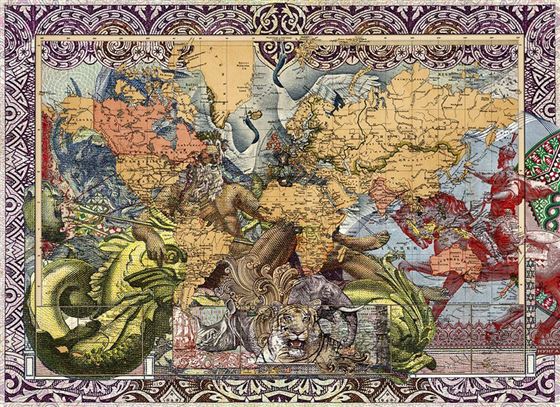 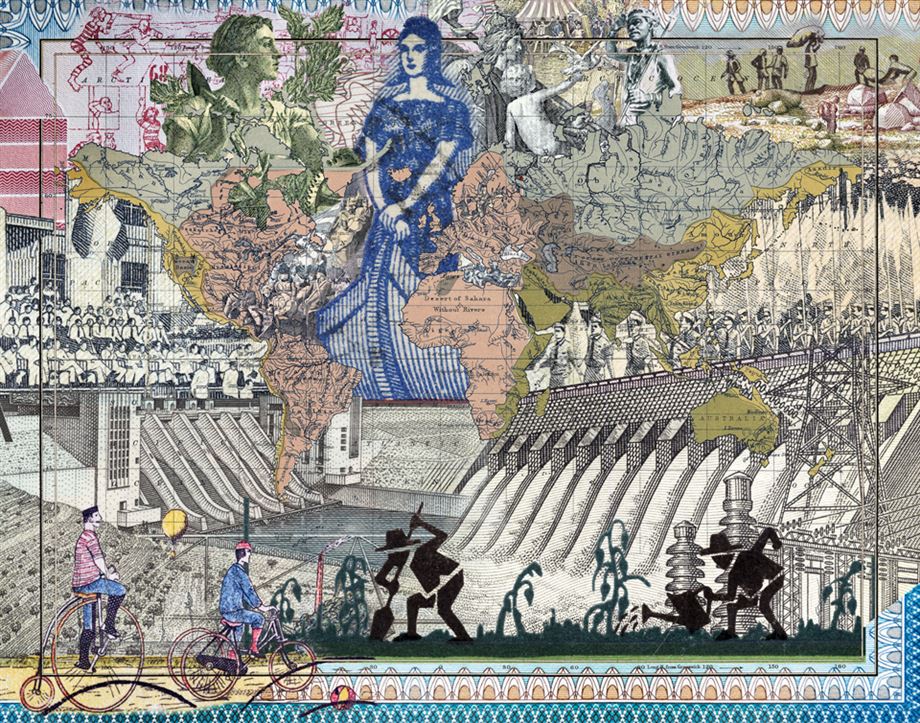 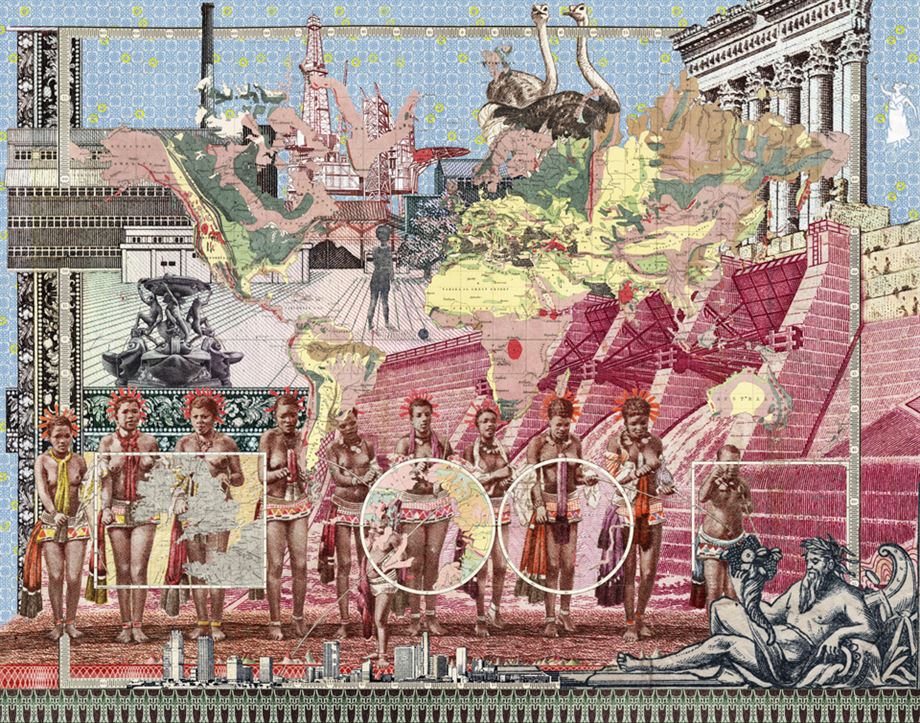 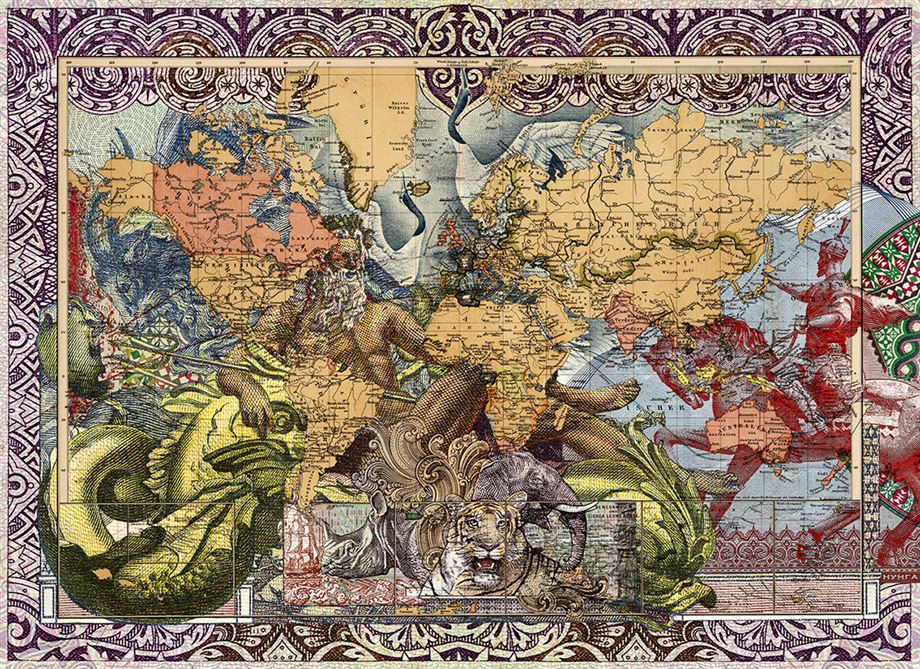 Born a traveller, Malala Andrialavidrazana is a visual artist with a background in architecture. Her research is interested by notion of barriers and interactions within cross-cultural contexts. She digs behind scenes in a succession of back and forth between private spaces and global issues to explore social imaginaries, primarily through the photographic medium. Gradually, she invents a language whose approach is resolutely turned toward History but whose engagement in the City remains active. With a subtle hint of anthropological fieldwork, examining the in-between space in a multitude of heres and nows, her visual compositions open up the possibility of alternative storytelling.

In “Figures”, started in 2015, Malala Andrialavidrazana overturns wide spread visual archives that successive world leaders from the 19th century colonial era until our current times used to exert their authority. Commonly conveyed from hand-to-hand and transcending both ages and borders, these materials consist of historical maps, bank notes as well as stamps and album covers. Prior to digital processes, relevant icons are captured and emphasized from master copies with vintage lenses from the 70s and 80s. Symbolic trimmed elements are subtly rearranged through multiple layers, so as to shift perspectives out of conventional representations.

Malala Andrialavidrazana was born in Madagascar in 1971, and lives in Paris since the early 80’s.
She graduated from Paris La Villette School of Architecture in 1996. Her “d’Outre-Monde” series, disclosing funerary customs at the boundaries of nature and culture, was awarded the prestigious HSBC Prize for Photography, and released by the renowned Actes Sud publisher in 2004. She received the joint support of the Institut Français and the National Arts Council of South Africa through the France-South Africa Seasons 2012 & 2013 program for her project “Echoes (from Indian Ocean)”, published by Kehrer Verlag in 2013.
Back to list / Next
/ /
Alessandro Casciaro
Art Gallery
Impressum
Privacy Policy