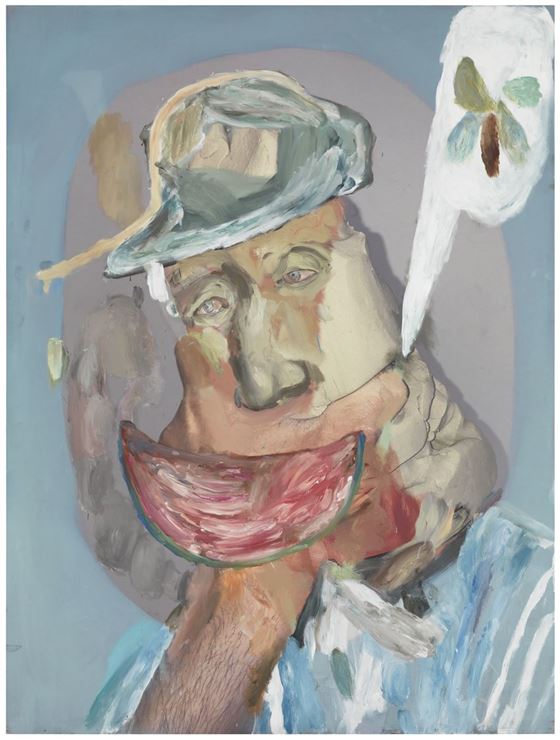 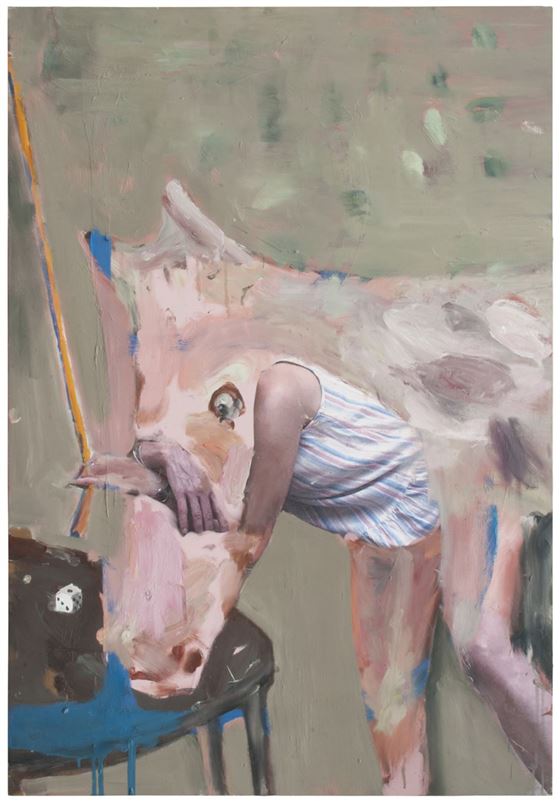 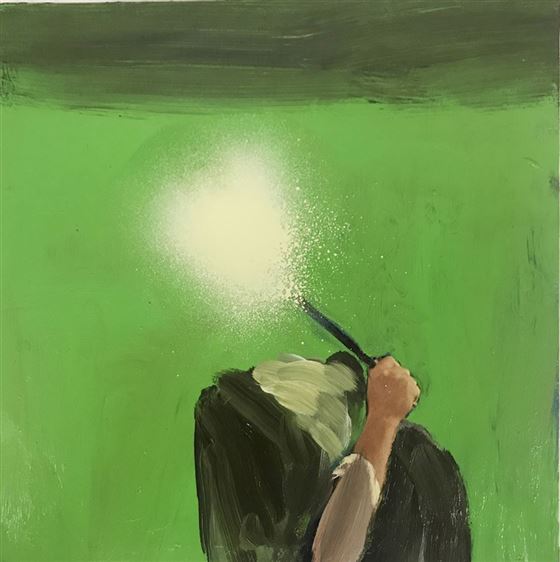 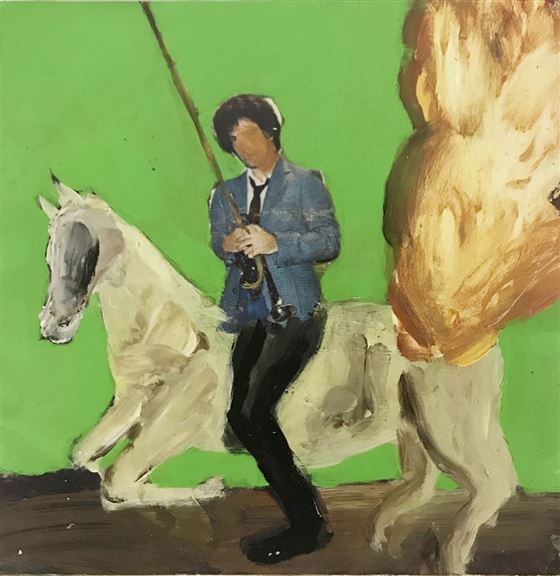 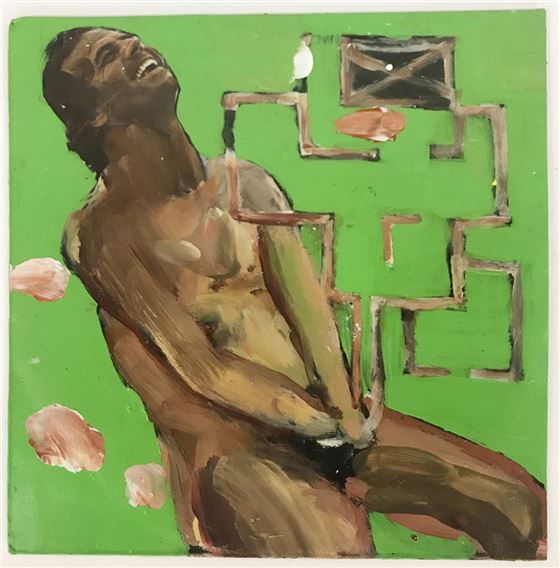 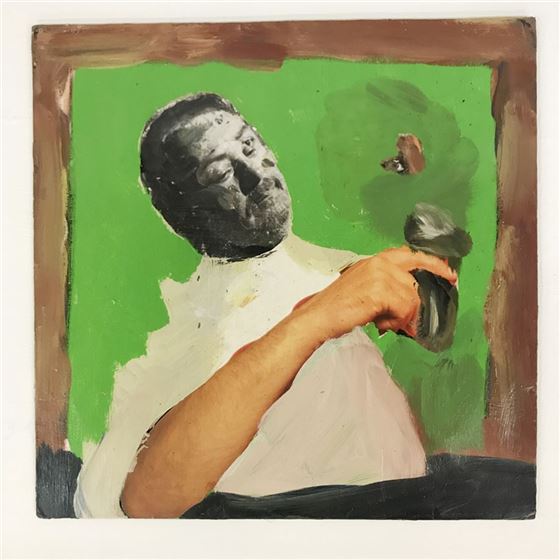 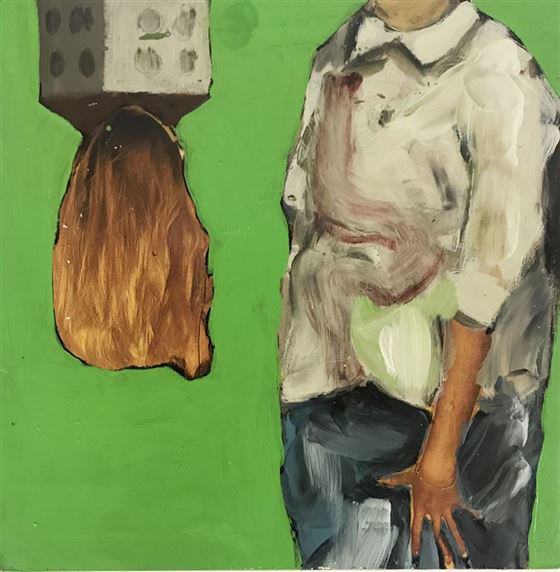 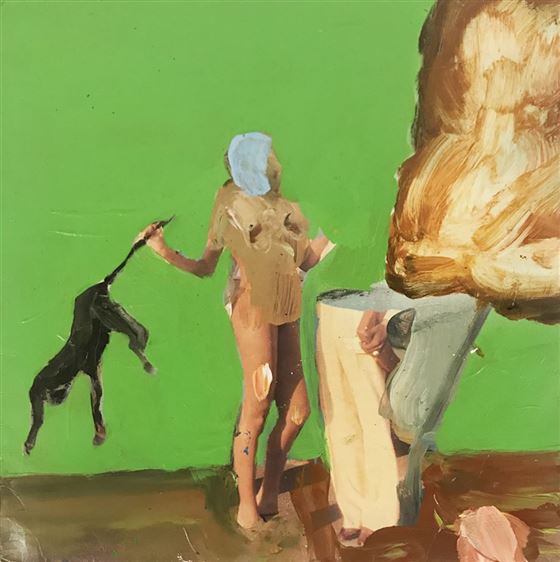 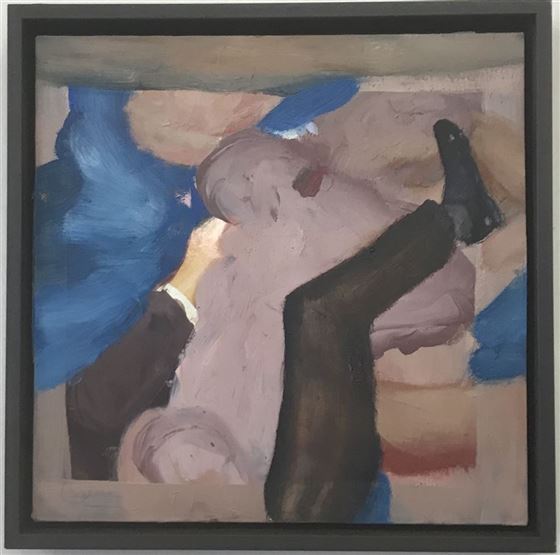 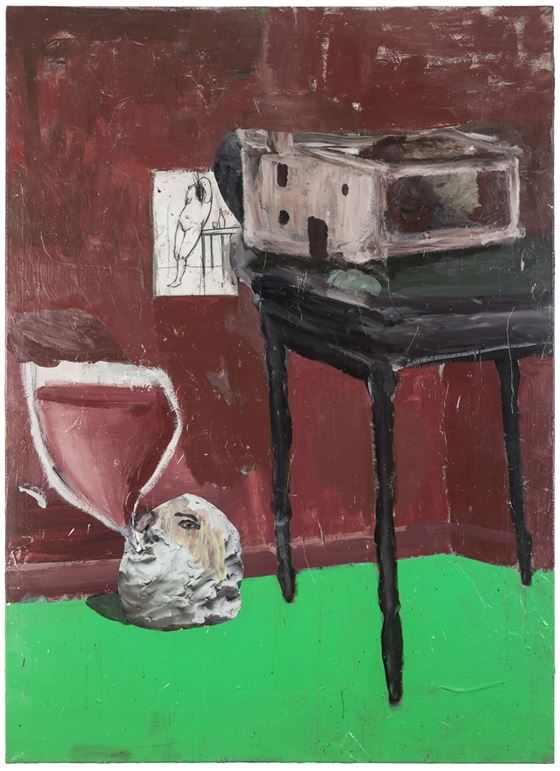 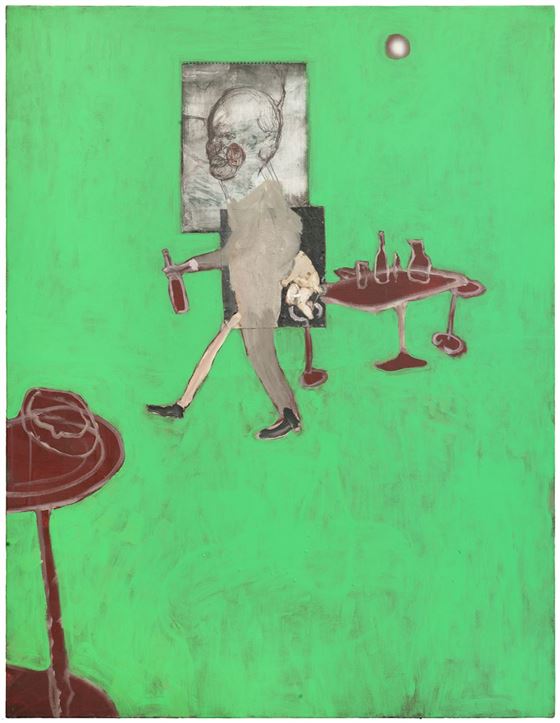 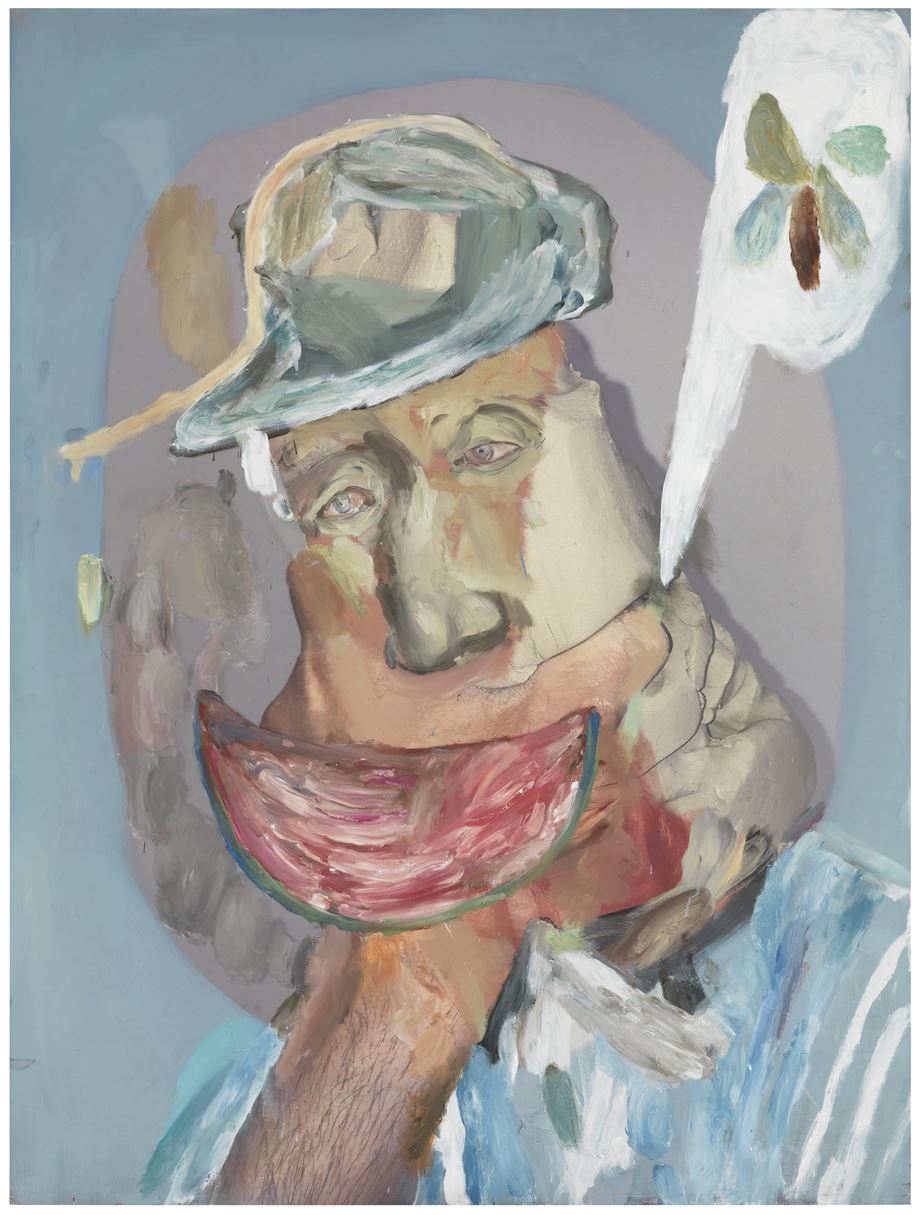 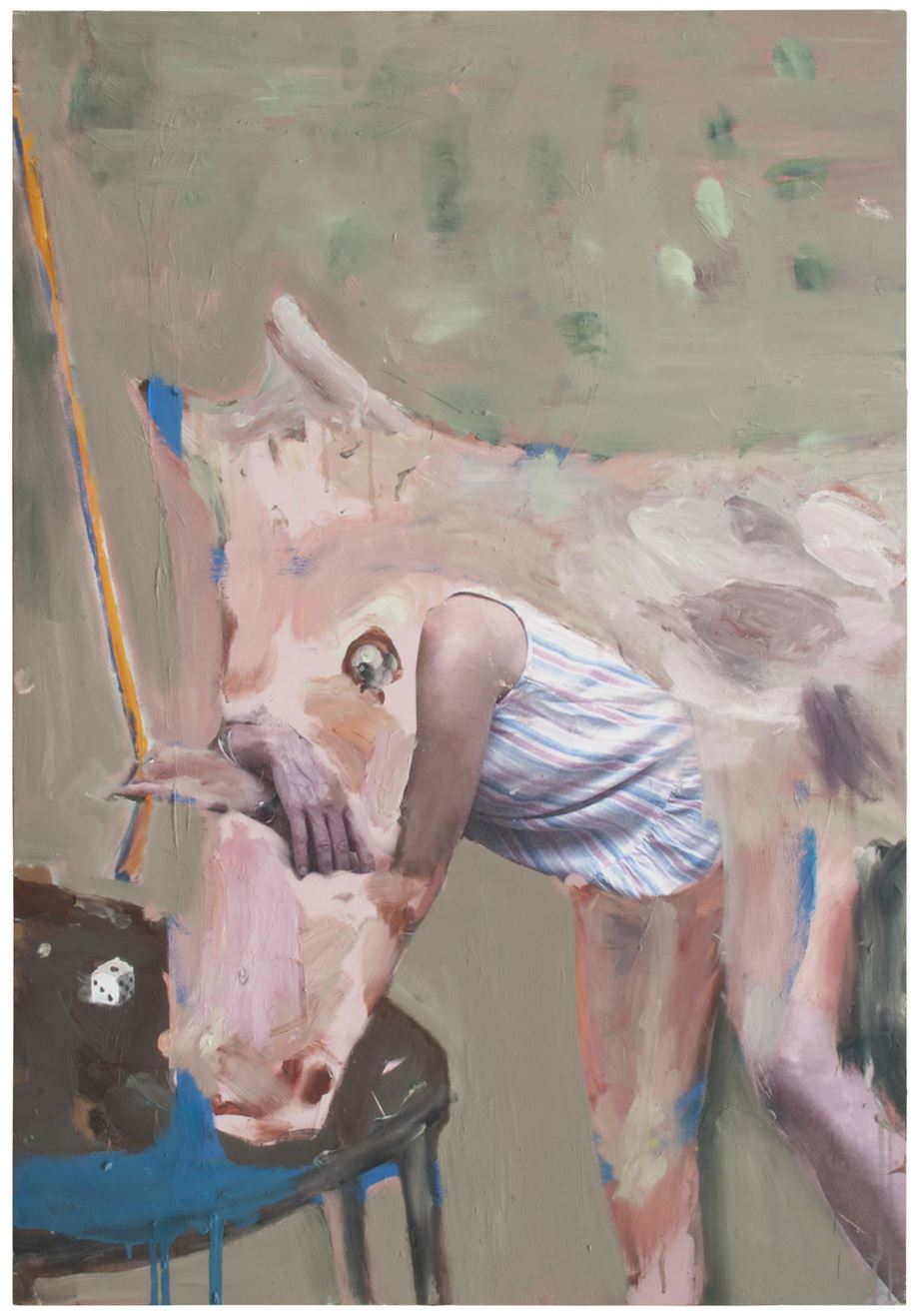 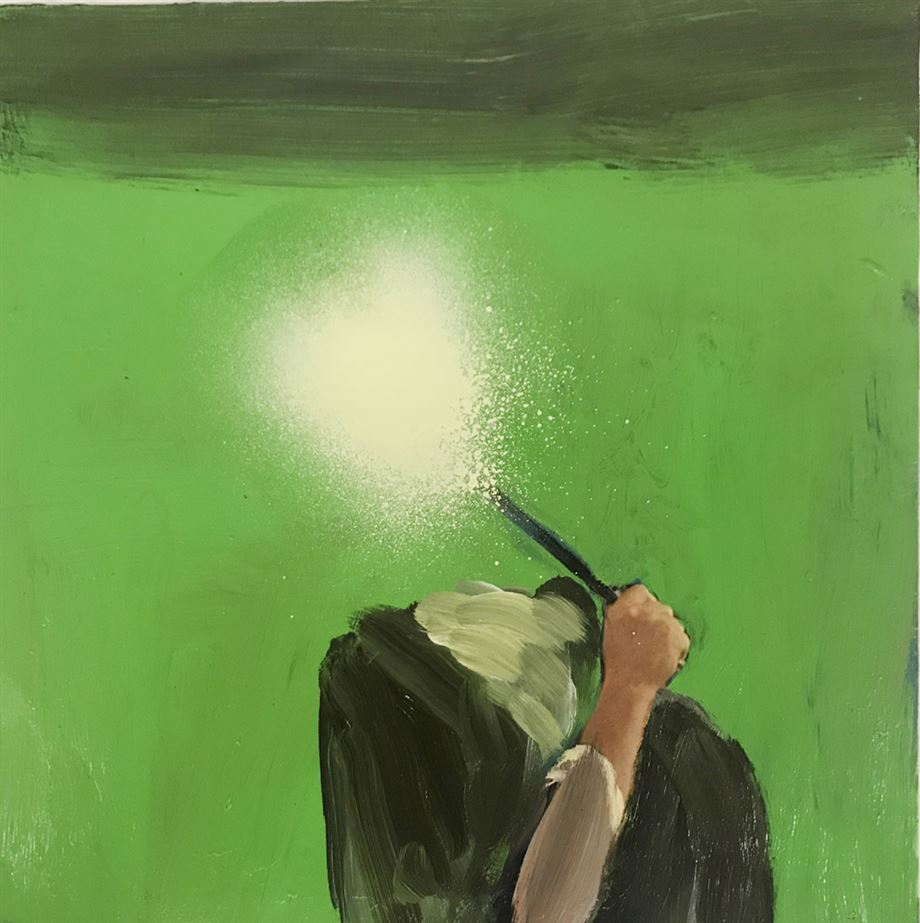 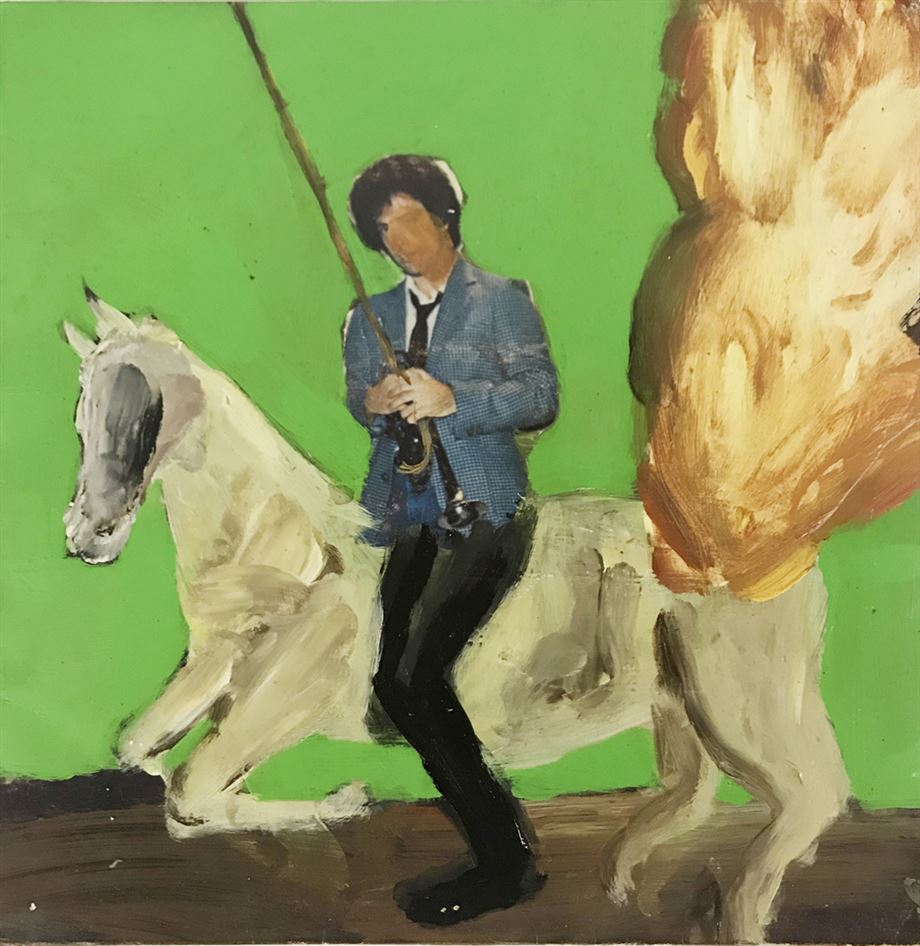 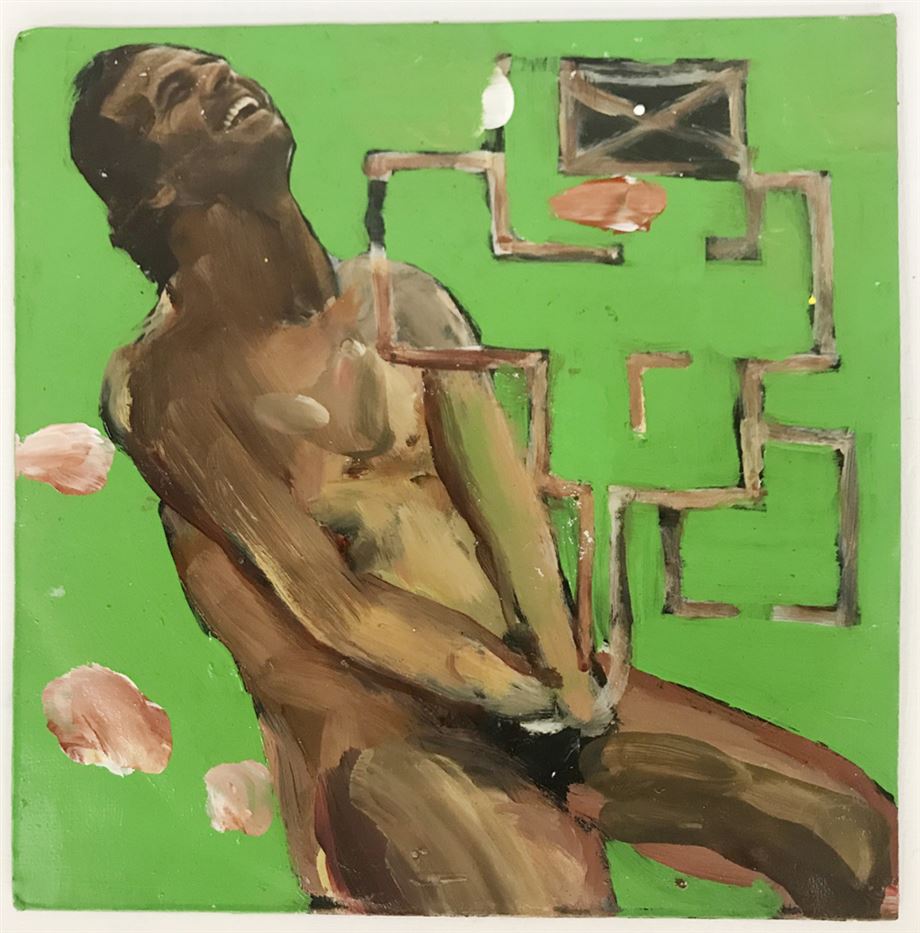 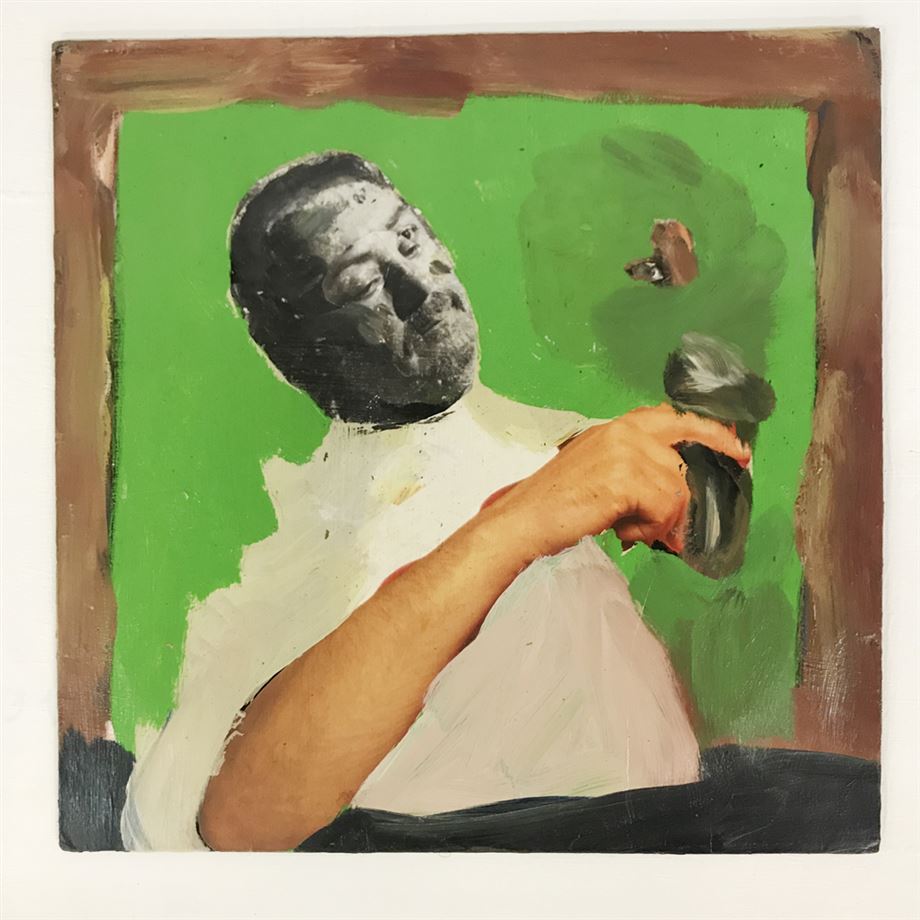 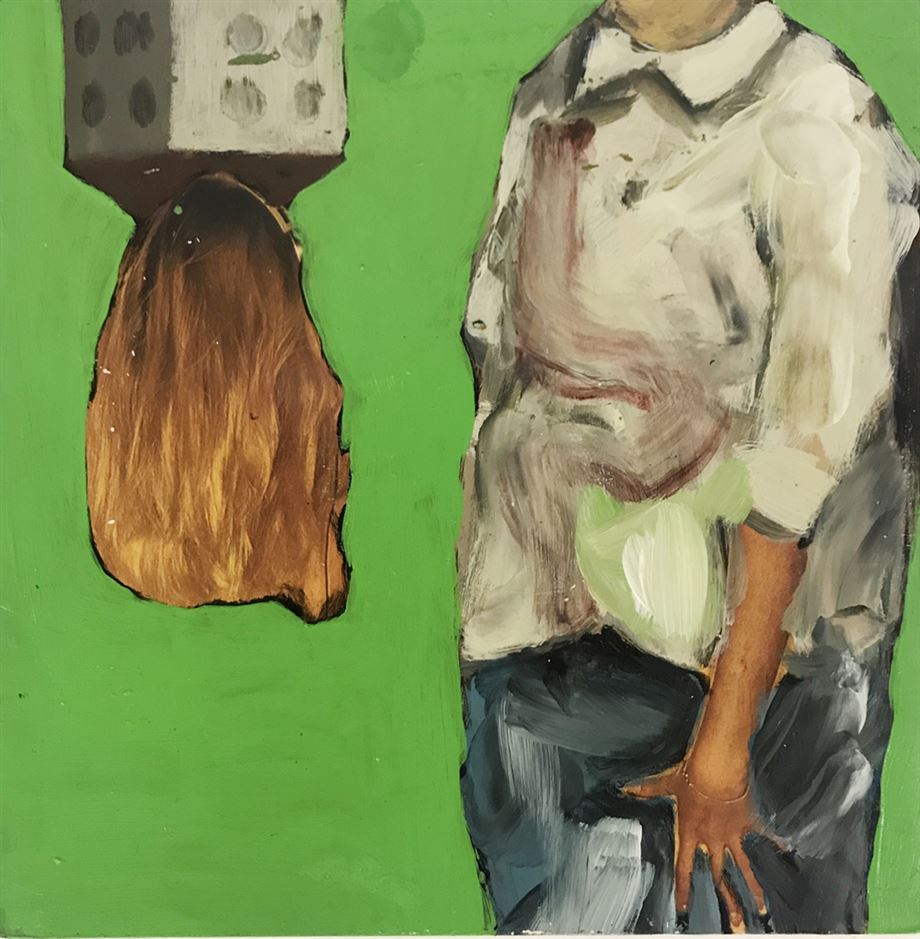 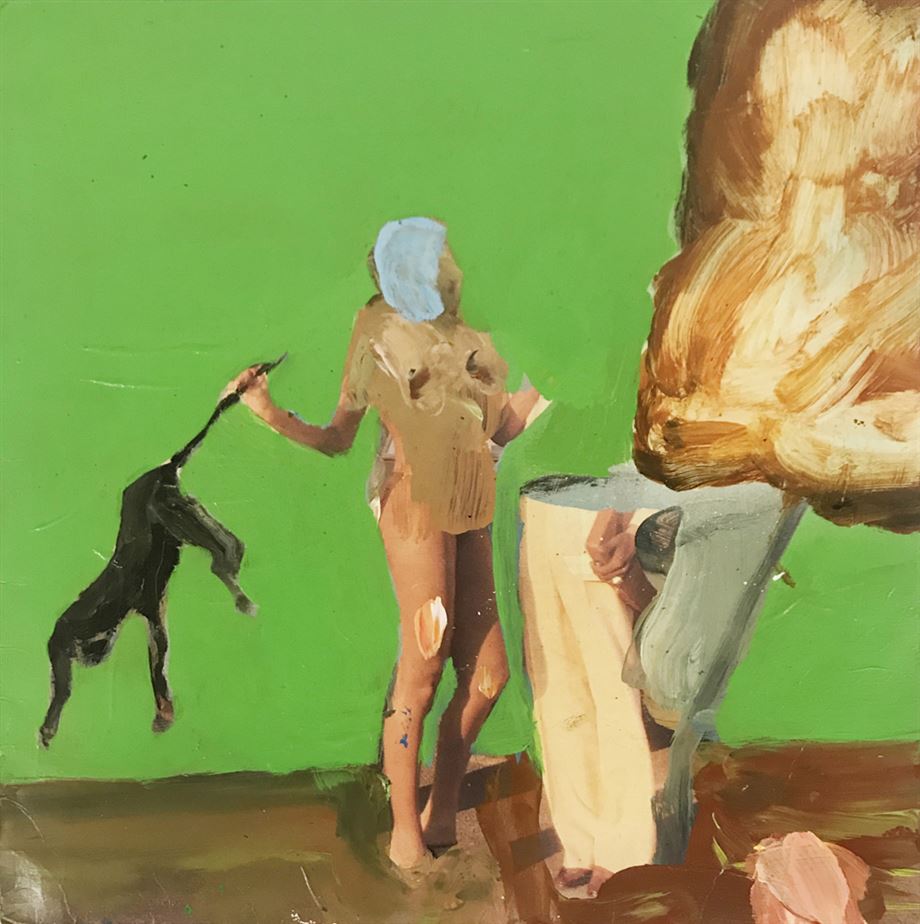 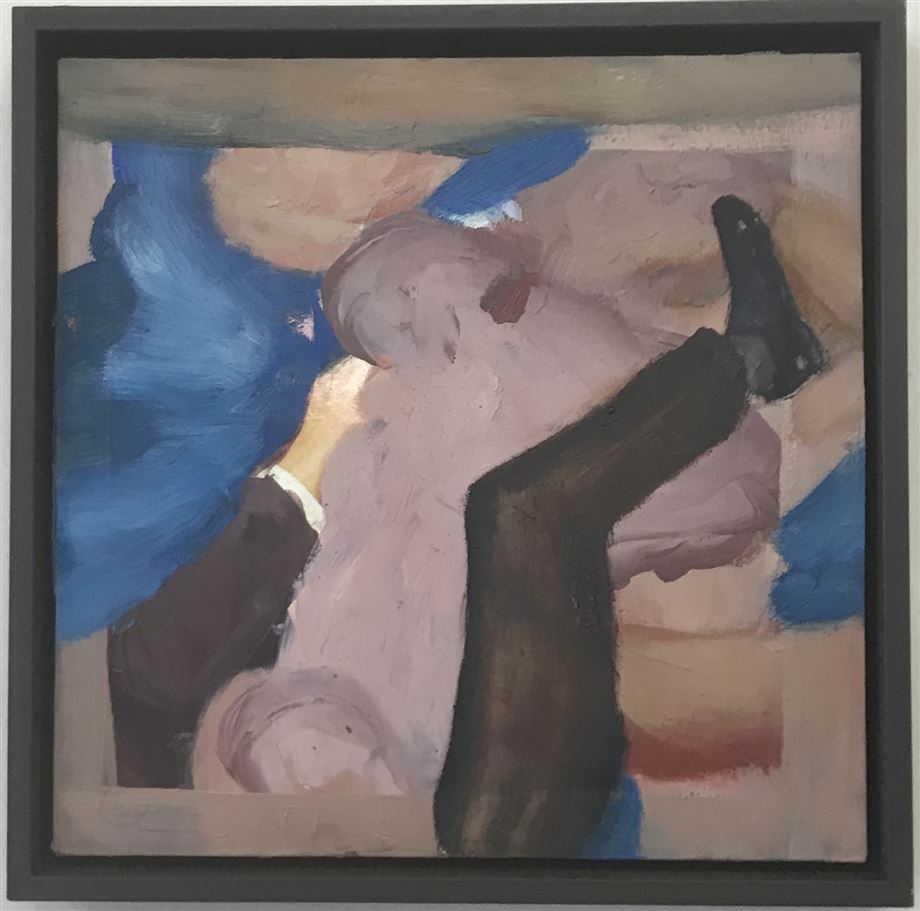 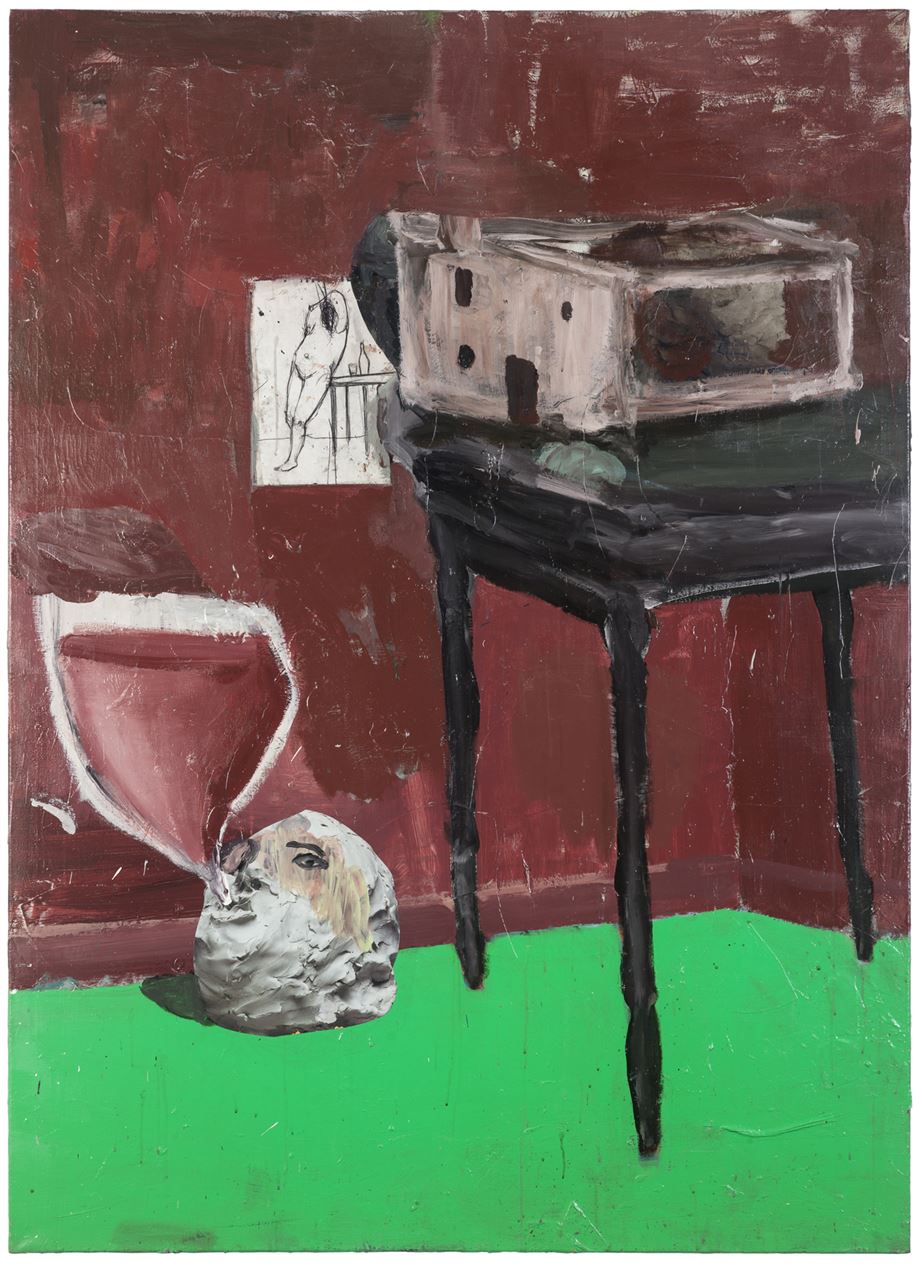 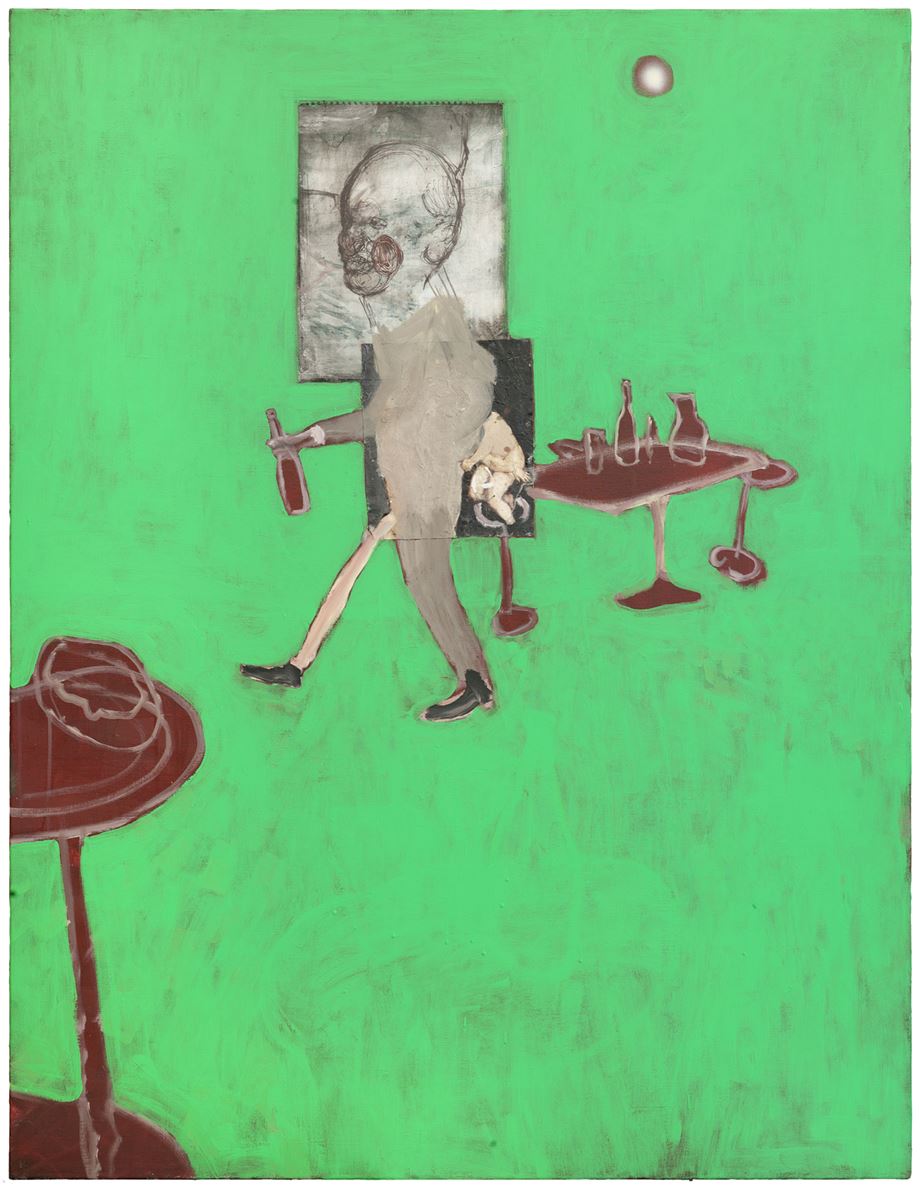 “Art can function as the shield that mirrors Perseus, who looks, locates and faces the Medusa: if he had looked directly at her, he would have remained petrified.” Michele Bubacco

"Pictorial Metabolism" is the eccentric lexical invention with which Michele Bubacco defines his conceptual, excessive and radical artistic method. The Venetian painter sees the metaphorical sense of this analogy between painting and the human processes of food intake and digestion in the fact that even painting perceives everything it encounters as something usable, and that it also needs a continuous contribution of visual impressions to maintain but also to develop itself. The painter also continuously expels the products of his unconscious visual fantasy, as well as his traumatic-pulsifying ideas. All this, however, is expressed in the form of a continuous becoming, so that the thought that the artist may have already had concrete at the beginning of his creative work, is sometimes transformed through spontaneous confrontation with obsessive imagery and with the formal self-realisations of the pictorial process, and in the end something unexpected appears where originally you were looking for something else: for Bubacco, then, the process of pictorial invention is comparable to a "trial orchestra", as a free search for possibilities, intuitive improvisation. These aspects also determine the characteristic ductus of Bubacco's painting, which expresses itself in such an intense way and full of expressive energy that it can certainly be defined as the direct descendant of some of the great protagonists of an impetuous, impulsive, ecstatic, dionistic, maniacal and orgiastic pictorial vein. The artist does not only place exponents of recent modernity such as Emilio Vedova, with whom he has a particularly close relationship being also Venetian, or painters such as Chaim Soutine, Oskar Kokoschka, Alberto Giacometti, Maria Lassnig and Arnulf Rainer, but also ancient masters with spectacular brushstrokes, such as the late Titian, Tintoretto or even Goya. Bubacco's painting, however, originates from drawing which, by virtue of its special status, is much more than a preparatory phase for painting within the creative process. In Bubacco's drawings we find sketches of all those elements that we also value in his painting. For Bubacco, drawing is not only a means to record directly the sensations he receives from reality, but it also has in a certain sense the function of seismograph in fixing every minimum relation of his ego. The free, autonomous or even automatic actionism of the hand while drawing, in which the artist expresses the bizarre and whimsical birth of intelligence, thus enters into competition with the regulatory instance, which has its foundation in the rational faculties.

Michele Bubacco was born in Venice in 1983 where he was able to acquaint himself at first hand with the work of the great masters of Venetian painting of the past, and also the protagonists of the Modern age, both of which significantly shaped his early development as an artist. He has studios on the island of Murano and also in Vienna, the city to which he moved in 2015 and where he has made his home. At present, he divides his time between Vienna and Venice.